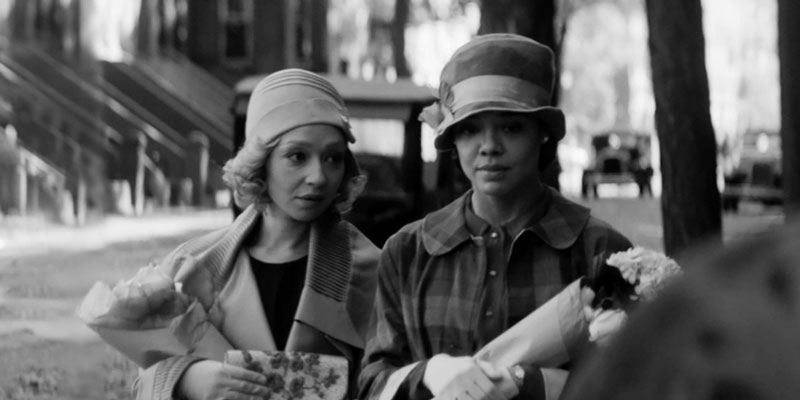 With Netflix and Nella Larsen’s Passing, look for the relevant parallels.

Even in the pre-woke days of the 1990s, when I went to college, the traditional English curriculum was already giving way to identity politics.  More than one teacher for more than one class assigned books by Anzia Yezierska, which were good but not that good and which tended to tell the same story over and over again.  Meanwhile, when I arrived for the first day of a class on William Faulkner, I was handed the syllabus for a feminist literature course, which apparently had been given the same course number and assigned to the same classroom as the Faulkner class, which had been canceled without notice.

The problem wasn’t that the various books that I therefore read were not worth reading, or that I didn’t manage to learn (very conservative) lessons from them, but they were overrepresented.  Of the novels that I’d put in this group, the one that stayed with me and seemed the most fitting to a literature curriculum was Nella Larsen’s Passing.  The novel hit me intellectually and emotionally, and I’ve reread it several times since.

So, I clicked on the link when a Vox headline about a Netflix adaptation of the novel passed through my news feed and found that Larsen’s tale still has the capacity to teach us important lessons, if we’re open to learning them.  In particular, consider the first two paragraphs of Alissa Wilkinson’s article:

Halfway through Nella Larsen’s 1929 novel Passing, the book’s protagonist, Irene Redfield, is feeling uneasy. She has just had a tense argument with her husband. Now, watching him fiddle with his hat, Irene is worrying: “Was she never to be free of it, that fear which crouched, always, deep down within her, stealing away the sense of security, the feeling of permanence, from the life which she had so admirably arranged for them all, and desired so ardently to have remain as it was?”

Larsen’s book is suffused with that sense of unease, the feeling that one wrong move might undo a life entirely, that the structures on which our families, routines, and even identities rest are precarious. And the new Netflix movie based on Larsen’s book, adapted for the screen by Rebecca Hall and starring Tessa Thompson and Ruth Negga, brings Larsen’s prose — unease and all — to vibrant, visual life.

Tell me that second paragraph doesn’t make you think of cancel culture!  How many people are right this moment passing as woke?

This observation shouldn’t be taken flippantly, because there’s a deeper lesson that we should carry with us when the flames of this moment’s madness subside and the smoke clears.  The unease and injustice you feel in our culture today was felt by others, for differing reasons at differing times, in the past.  It’s not a racial plight; it’s a human one.

We should look to our own experience, and that of our forebears mostly so as to recognize it in the experience of others.