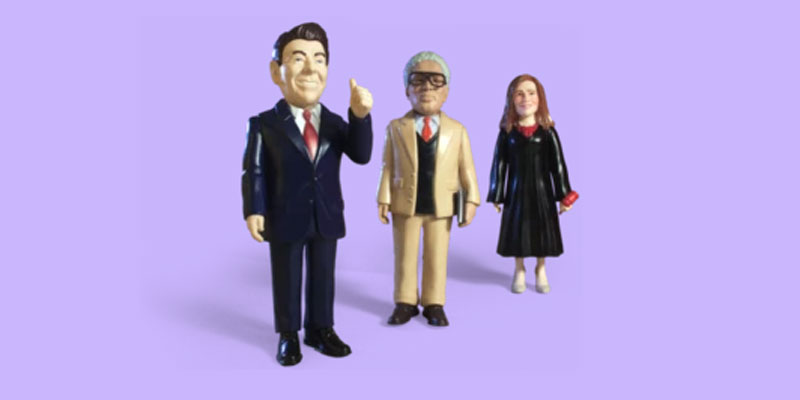 While this view is not shared by all of my compatriots on the right, particularly those inclined to engage in political, social, and cultural battles, I’m a firm believer that in this arena, you cannot fight fire with fire.  Consider the aphorism that one should never wrestle with pigs, because one only gets dirty and the pig enjoys it.

One of the deconstructionist Left’s greatest advantages is that conflict is structurally in its favor.  Obviously, if one side’s goal is to undermine a peaceful, functional order, degrading the character of the other side’s response to aggression serves that goal.  That doesn’t mean the ease of defeating the Left couldn’t be greater than the risk of fighting dirty, but when the Left is culturally dominant, as it is now, fighting fire with fire enters into a trap.

Not to sound all hippyish, but hate cannot defeat hate; it feeds it.  Only love can defeat hate.  Only reason can defeat ignorance.

Two constructive, positive actions that I’ve seen in the past 24 hours are examples of this better path.  First came Ashe Schow’s Daily Wire story on a series of children’s books, “Heroes of Liberty,” newly on the market:

… rather than focus on conservative politics, the aim of the books is to emphasize traditional American values. In a press release provided to The Daily Wire, the publishers of the series describe the books as being “written in an engaging format and filled with breathtaking artwork focusing on the life story and achievements of Americans who are Heroes of Liberty.”

More important than the ideas to which we introduce children is the sense we convey to them of who is to be admired.  So imagine a parents group collecting money to purchase these books and then petitioning local schools to put them in the libraries.  The parents could even host poster contests for class pizza parties or something.  Let the progressives who want to cast us as censors because we are suspicious of pornographic literature in school libraries turn around and insist that the schools censor books about unambiguously important Americans.

Next came another Daily Wire article, this one by Luke Rosiak, about a Virginia parish that raised money in addition to official Church assistance as incentive for parishioners to move their children from public school to any Catholic school.  Father John De Celles explains, “I think right now the schooling of our children is the issue. We’ll lose them to the culture of death if we don’t.”

The 5% enrollment growth that Catholic schools in Rhode Island experienced this year may owe a lot to their generally better response to COVID-19, but controversies over racial and sexual ideological movements in public schools are likely factors, as well.

Even just including religious instruction as a subject of study sends the message that it’s worth taking seriously and roots a curriculum in a solid ground with which to contrast radicalism.  Public schools don’t only purport to teach basic subjects.  Long ago, they moved into teaching life skills, and more recently, they’ve been instructing on morality and ethics.  To do that while conveying to students that religious belief is something they never have to consider establishes a narrow, anti-religious impulse.

We should embody the alternative to that ideological movement not only in our beliefs, but also in the way those beliefs translate into grace-filled action.

“The spike in enrollment is especially welcome as the school began to struggle with diminishing annual enrollments in 2015 in response to a decline in the area’s population of school-aged children, along with rapid changes in its leadership.”

yet RI public school enrollment barely fell during that period (just over 1% decline) and homeschooling went up so missing the point that catholic school decline is more than simply ‘all boats were sinking”.

But this – “Let the progressives who want to cast us as censors because we are suspicious of pornographic literature in school libraries turn around and insist that the schools censor books about unambiguously important Americans” is a constructive idea that I wish more parents adopted instead of letting a few disruptive folks define their newfound enthusiasm as simply “shouting louder.”

I agree that it’s not simply the loss of young population, although you have to ask what schools. South Kingstown, North Kingstown, and Narragansett all experienced around a 2% decline that year. Then factor in that a lot of the students who might have gone to lower-cost Catholic private schools are instead utilizing free-to-them charter schools and that public schools are increasingly edging into other areas that were left to the private schools in the past, like Pre-K.

There are other reasons, no doubt, but when the government is expanding its free-to-families offerings in response to their own enrollment declines, that doesn’t change the picture too much.