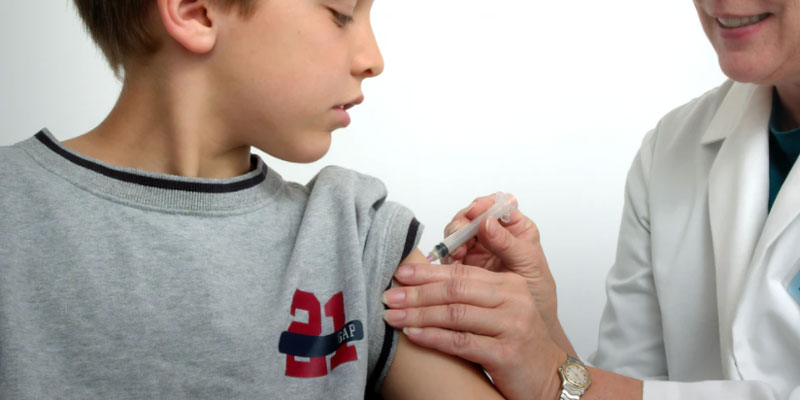 A week ago, Anchor Rising reported on toys being given to children in school-based COVID vaccination clinics. A spokesperson for the state said that it was only one clinic, and it was done to distract children while getting the shot.  Elizabeth McNamara reports for East Greenwich News that children in that town are going home with even more SWAG:

Upon check in, each child received a small stuffed animal and when they got to their vaccine spot, they were given a fidget spinner to keep them occupied. The comfort dogs – Holly and Bill – were available as needed. After they got their shot, a smaller dose than is given to older recipients, the children received a treat bag and were able to spend the 15-minute waiting period watching the movie and checking out the treats (playdough, crayons and a snack bar).

At least this clinic isn’t in a school, making the bribes seem less like a ploy to lure other children in through peer pressure.  However, this comment from pediatrician Patricia Flanagan, who signed the irresponsible Rhode Island Chapter of the American Academy of Pediatrics letter on masking children in August, is troubling:

“Getting the 5 to 11 year olds vaccinated is such a triumph. What these kids have been through – to get them a little bit safer and a little bit more normal, less quarantine, less restrictions, that’s what they need,” she said.

When it comes to the vaccine, “a little bit safer” is right.  A very little bit safer.  Pfizer’s own data supporting child vaccination found that only 1.4% of children without vaccination caught COVID, compared with 0.3% with vaccination, and none had severe illnesses.  Children are already safe.

What is forcing them into abnormal lives is the irrational fear from adults like Flanagan.  They’re bribing kids to be vaccinated so they, the adults, can feel safer.

One wonders how such people will react if objective analysis eventually finds that short- and long-term side effects of the vaccine actually caused more harm to children than it offered additional protection.  Denial seems likely, but they’ll probably let the kids keep the toys.