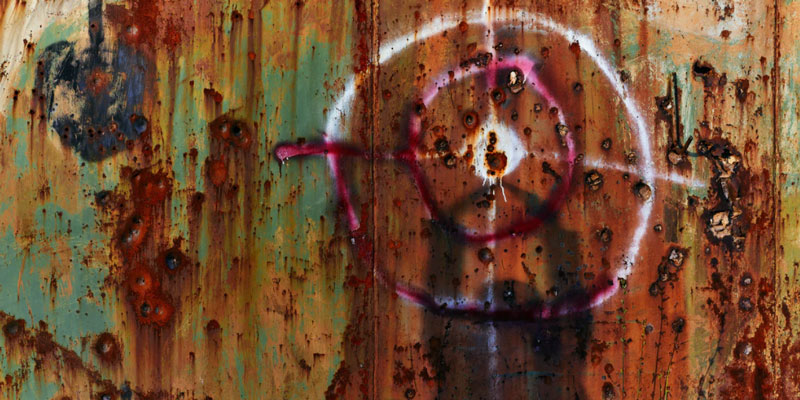 Don’t doubt RI is in the national progressive movement’s sights.

An interesting (and long) article appeared in the Huffington Post today, in which Daniel Marans details the friction within Rhode Island’s progressive movement.  The tone is of fair reportage, but a point of view does come through, starting with the implicit critique of the Political Co-op in the headline:  “A Progressive Civil War Threatens the Left’s Power in Rhode Island.”  In other words, “get your act together, Matt Brown & Co., and stop throwing rocks at your own team.”

Generally, the article is worth a read for two reasons.  First, it counts as evidence that the national progressive movement (and its big donors) are paying attention to Rhode Island.  And second, it lays bare the two strategies Rhode Islanders can expect from leftist politicians:  lure Rhode Islanders toward the same end-goal incrementally over time or push for complete power and radical change at the greatest possible speed.  Per Marans:

The battle lines are basically: organized labor, the Rhode Island Working Families Party and many mainstream environmental groups arrayed on one side. The Co-Op, the Sunrise Movement’s Providence chapter with which the Co-Op is closely aligned, Black Lives Matter Rhode Island, and many members of the Providence chapter of the Democratic Socialists of America are on the other. Prominent members of the rival factions are barely on speaking terms.

Take particular note that organized labor, in Rhode Island, is fully a part of the progressive movement in Rhode Island.  I’ve been saying this for a long time, but it’s clarifying to see a national publication put it beyond question.  Member services may be how the unions raise their money and gain in influence, but the reason for their existence — which all members ultimately endorse if they don’t leave their unions — is to advance radical change across the spectrum of economic and social issues.

Republicans, in particular, ought to consider these paragraphs, as well:

In November 2020, Republican candidate Barbara Ann Fenton-Fung ousted Mattiello by a whopping 18 percentage points. She did it with quiet help from progressive volunteers.

“It wasn’t about her,” said a Rhode Island progressive activist who knocked doors for Fenton-Fung. “It was about the larger power structures of what it would mean for him to not be speaker any more. And one more Republican in that chamber doesn’t mean a thing.”

Republicans in Cranston were had.  Whether as thanks for the help or because she’s much more radical than most people expected, the progressives didn’t just get another “meaningless” Republican in Fenton-Fung, they got one who is actively advancing their policies.

The most important thing for actual Republicans and other conservatives in Rhode Island to understand is that there is no comparable support for our side.  Moreover, we cannot expect some sort of dramatic shift or backlash as progressives increasingly edge out moderates and other non-radicals.  We have to make that happen, ourselves, and help each other to do so.

Featured image by Tengyart on Unsplash.

Progressives are never homeless at the State House. – Anchor Rising

[…] observer doesn’t have to be cynical to wonder why the Huffington Post published its extensive article warning of the RI Political Co-Op’s division of Ocean State progressives yesterday.  After […]