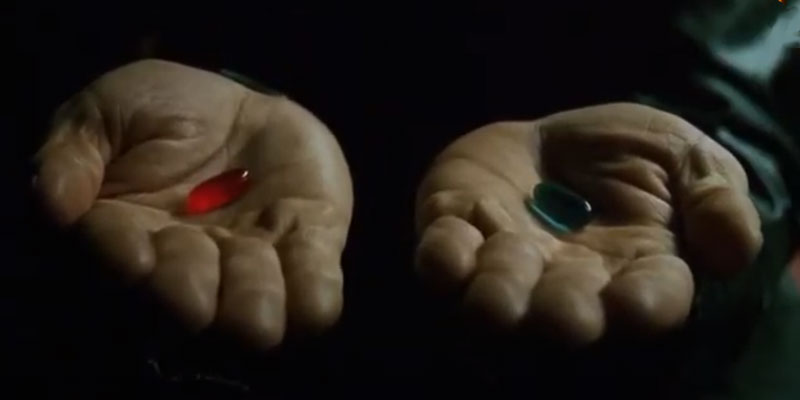 Mask mandates are the apotheosis of the “do something” placebo.

In drug trials, researchers give a control group of participants a placebo (or a pill with no medical effect) because it is understood that just doing something can have an effect on people’s symptoms, or at least their perception of their symptoms.  In most cases, the effect is small, which is why the research can show the benefit of the actual medicine.  Naturally, it’s absolutely imperative that the placebo have no negative effects.

Now, I’m not saying that mandating masks in all indoor spaces, which is what Dan McGowan is calling for at the Boston Globe link above, would be totally without effect on the spread of COVID-19.  The proposal is, however, very much in keeping with the Democrat (and especially progressive) approach t0 government, which is, in a phrase:  just do something!  We’ve got this government thing lying around, so we ought to use it… seems to be their attitude.  Does masking help?  Well, it couldn’t hurt, they believe, so just do it.

But masking does hurt, in all sorts of ways.  On the surface, of course, is the hotly debated physical harm they can do by trapping germs outside your mouth and limiting oxygen.  I think these risks are minimal, although advocates are overly confident that it’s just fine to mask everybody all the time.  More profound, especially for children, is the effect on our ability to communicate, both in the muffling of sound and in the inability to observe whole faces.  Even deeper is the erosion of our rights as we lose the assumption that government (1) must thoroughly justify its impositions, and (2) must follow a legislative process involving elected representatives to impose them.

This is where Dan’s column is way too blithe.  He contrasts two events in Providence:  a college basketball game, without required masks, and a musical performance, with required masks.  This comparison should be where the analysis starts, not where it ends.  With respect to outcomes, do we know that COVID spread at the game but not at the show, or we just assuming that it probably could have?  With respect to particulars, are there any differences between the types of people at each event that are relevant, such as the average age, considering that COVID is barely a danger to younger people?

Other details Dan provides are similarly inadequate to justify the harms of masking:

On Monday, six hospitals were at 100 percent occupancy (based on staff levels) for ICU beds, according to data from the health department. For example, at Kent Hospital, there were 10 staffed ICU beds, and 10 patients in them. The occupancy rates for staffed inpatient beds are lower, but they’ve consistently been above 85 percent occupancy.

Take very careful note of the phrase Dan squeezes between two parentheses:  “based on staff levels.”  We should want a well-managed hospital to always run near capacity for staffed beds.  Otherwise, nurses would be standing around collecting healthcare-dollar paychecks with nothing to do.  If we’re in the position that hospitals can’t easily increase the number of employees to service their beds, that’s a different problem than COVID (and it’s one that isn’t helped by things like vaccine mandates).

These are considerations that must be included in any serious suggestion to force our fellow citizens to do something that they don’t want to do.  The need to be clear and justified is especially high when your primary source of authority, Dr. Megan Ranney, is infamous for her insistence that, “We are never going back to a pre-pandemic realty.”

Yeah, says you.  Some of us think this attitude is becoming a disease in need of something more than the placebo of disregard.

Don’t worry! The science has studiously avoided figuring out how harmful masks are to children. – Anchor Rising

[…] some point after my post responding to his call for a statewide mask mandate, Boston Globe reporter and columnist Dan […]