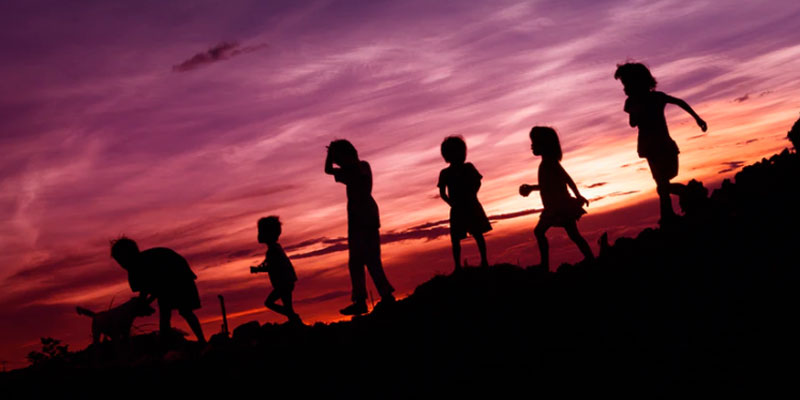 COVID might have brought a new normal in enrollment, but it didn’t change racial trends.

One of the questions on my mind when I thought to create the Rhode Island Public Schools October Enrollment application in Anchor Rising’s People’s Data Armory was the effect of COVID and shutdowns.  As the chart below shows, enrollment in 2020 was down about 3% from the prior year, and it slid a bit rather than recovering in 2021.

I didn’t put it in the chart, but if you change the race-based chart of the application to show 100% vertical bars, you can see that this shift didn’t change underlying racial trends.  Statewide, the percentage of the student body that is white is dropping by about one percentage point every year, meaning the schools will be “majority minority” within four years.

A deeper investigation would show what this means, in practice.  This isn’t an evenly distributed shift.  The percentage of white students in Providence, for example, has been going down, but not by 1% per year, mainly because there aren’t that many white students in the system to begin with.  Meanwhile, Central Falls has actually been increasing its percentage of white students.  It looks like what’s happening is that majority-white districts are simply shrinking more quickly.  From what I’ve noticed thus far, South Kingstown, which is still 82% white, leads the state in enrollment lost by percentage.

Its schools are currently at 59.5% their size at peak in the 1999-00 school year.  Thus, the percentage of minority students in the district is increasing as a percentage, but only because white students are disappearing.  (Among minority groups, what’s happening is that Hispanics and multi-racial students are replacing black and Asian students.)

Returning to the state overall, the second chart I’ve included below contains something of a mystery.  It shows that low-income students (as demarcated by involvement with the free or reduced lunch program) are way down since the pandemic started — even more in 2021 than in 2020. 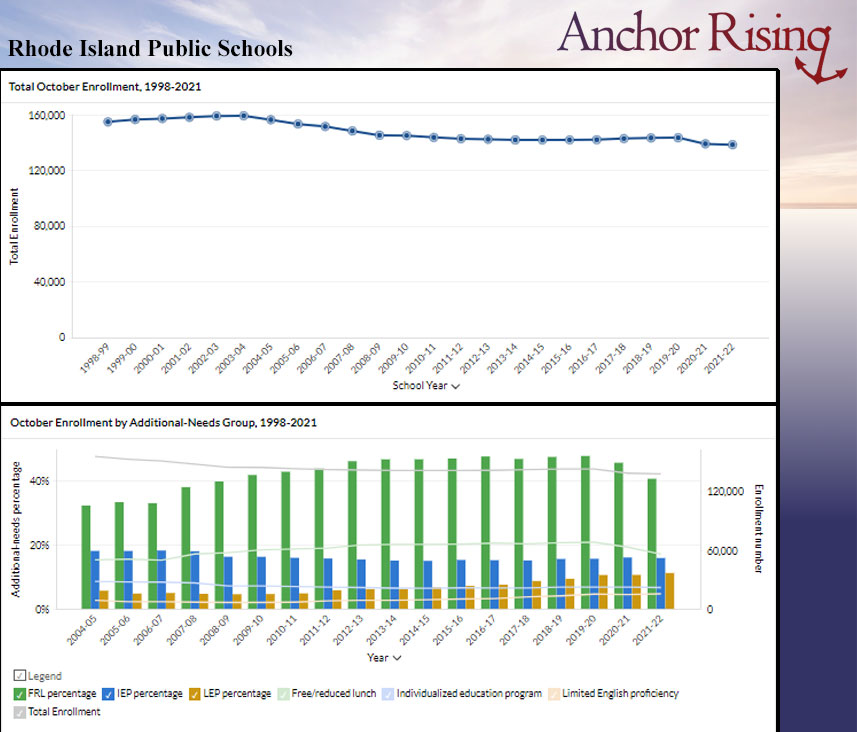