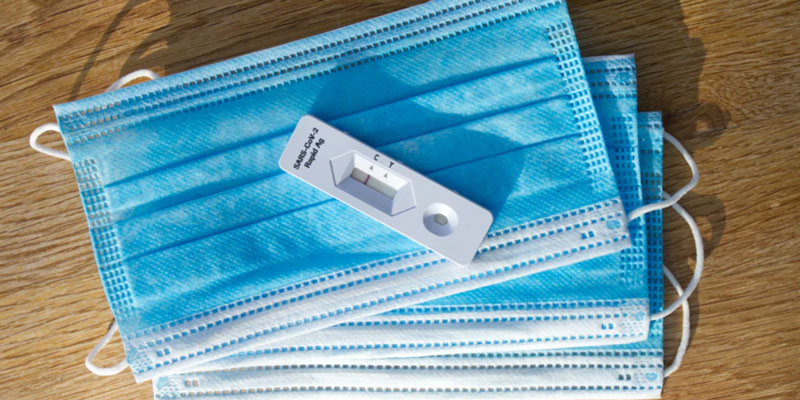 Rapid-test scarcity is a crisis of headlines.

Headlines are proclaiming the difficulty of finding at-home rapid COVID tests.  Some folks might not get what the big deal is, considering that, in the government’s eyes, rapid tests don’t count for anything.

My personal research prior to Thanksgiving led me to conclude that rapid tests probably won’t catch every trace of the disease, as do the overly sensitive tests that keep mounting up “cases” to justify continued government control.  Where they are accurate, however, is in telling whether symptoms that you have are COVID or not.  Testing people with no symptoms is probably a waste of tests.

Yet, that’s what public health authorities have been insisting throughout this pandemic:  test everyone, all the time!  That may generate lots of fun data, but it’s damaging to our society even as it’s of minimal value to public health.

These blanket rules have been at the core of growing skepticism about experts.  We know that reasonable diagnosis is a function of several factors’ producing a “most likely” conclusion.  We are capable of understanding that we should consider both symptoms and test results when figuring out how to go about our days and manage risk.  But public health authorities don’t trust us to make such decisions, so increasing numbers of us don’t trust public health authorities.

One of the ways in which the testing message is damaging to society is by making it impossible for people who could really use rapid tests to find them.  Thousands of people are out there buying up tests to swab house guests who aren’t likely to test positive even if a lab-based PCR test would find the virus (which is fine because they’re probably not contagious, anyway).  We’re trying to squeeze every percentage of risk out of the equations of our lives, when really the risk is already tolerable for anybody who is vaccinated, recovered, or young.

As for the panic, that’s a function of the headlines.  The same exact thing happened before Thanksgiving.  I drove around to several pharmacies whose websites said the tests were in stock only to find that they weren’t.  (I found them at a store that had so many I wondered if there was a distribution error on the chain’s part.)  The scarcity just felt kind of normal, like an “oh well, guess I should have gone out sooner” part of life.  If I hadn’t found some tests, I’d have taken additional precautions.  This is how human beings have been living for thousands of years — making decisions and managing risk.  Somehow, we haven’t gone extinct despite lacking access to 24-hour headlines.