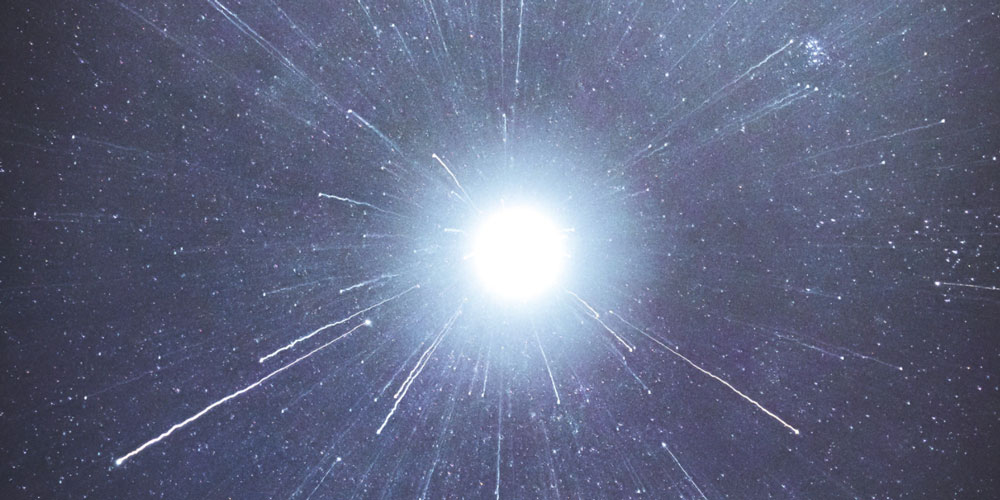 Tonight’s strange reminder at Christmas Eve Mass that we need a beacon.

The strangest thing that’s ever happened to me as a Eucharistic minister, distributing communion at Catholic Mass, was the time shortly after I’d started doing it that an elderly man threw coins in the ciborium* with his right hand as I placed the Eucharist in his left.  I didn’t know how to react or what to think.  Was this some sort of satanic assault or an indication of aged confusion.  None of the limited training for the ministry had prepared me for such an action.  When I told the priest about it as I handed the vessel to him, I almost expected him to say that it happened all the time.

Tonight brought the second-strangest experience in this particular ministry.

Not quite knowing how to interpret the rules for Catholic Masses in the Diocese of Providence this weekend, my family decided to bring in masks but only put them on if everybody else was wearing them.  Our doing so would be for their comfort, not for ours… or the governor’s… but the discomfort to us of masks wouldn’t quite outweigh the disruption of others’ experience of the ceremony of a single rebel family.  At first glance, it looked like everybody was wearing masks, so we put them on.

Then the priest came out, and he was not wearing a mask.  I looked more carefully around the church, and a significant (albeit, still small) minority of the congregation was also maskless.

Bishop Tobin had said, I recalled, that those serving in the Mass shouldn’t be expected to wear masks, and while not serving as a minister, I was sitting in the front row, easily ten feet from anybody not in my family (and facing away from them, at that).  In those circumstances, the mask felt like superstition, so I took it off while sitting in the pew.

In a ritual as richly symbolic, deeply considered, and long evolved as a Catholic Mass, whether and when a minister covers his or her face is not a merely incidental question.  And since the priest did not put a mask on while distributing the Eucharist next to me, neither did I.

Whether this contributed to or detracted from the comfort of those receiving the Eucharist on my side of the church, I obviously cannot say, but about halfway through the line, a young man, probably college aged, received the Eucharist in his hand and, as he stepped to the side, mumbled, “You should be wearing your mask.”  I almost wasn’t sure whether I’d heard what I’d just heard.

What a fascinating moment!  As a matter of appropriately conducting the religious service (which is distinct from public health policy), I honestly don’t know who was in the right.  We’re all kind of muddling through this experience.  If my conduct did require correction, however, this did not seem the appropriate moment to offer it, either for my sake or for the young man’s.

Then there’s the psychology.  Somehow, I suspect the fact of the mask hiding his face made it easier for him to rebuke me, which (I’d say) is not unrelated to the reason it might be ceremonially inappropriate for a person conveying the Body of Christ to have his face covered while saying, “The Body of Christ,” to the recipient.

Putting aside questions of timing and propriety, however, the interaction seems to me to have been oddly appropriate.  Whether I erred in my confusion about the liturgical context of the moment or he erred in his presumption of chastisement, the moment illustrates the deep need we humans had and have for God to send us an exemplar — to take flesh in order to instruct and model the behavior that He would exhibit were He human.

In a way, this strange experience was a reminder of exactly what Christians celebrate this weekend, and while I disagree with both the young man’s suggestion and his approach, I’m grateful that he brought these thoughts to my mind on Christmas Eve.  I only hope he isn’t torturing is family with progressive politics from the campus.

* The ciborium is the bowl that holds the Eucharist while in the tabernacle, and it may also be used by one of the ministers serving the Eucharist.

Merry Christmas to you . Many scriptures come to mind as I read your article. We are told not to do anything to cause a brother to “stumble.”
…. Become all things to all men … Let our light shine . Etc.
Walk in love and not in fear .
Masking connotes fear. Hiding …

Great comment! That’s the challenge I was trying to work out. Any decision might make one person or the other stumble. Quite a puzzle we’re presented in life. Guess that’s why we’re called on to be charitable in spirit, not just in money.

Blessed Christmas to you!