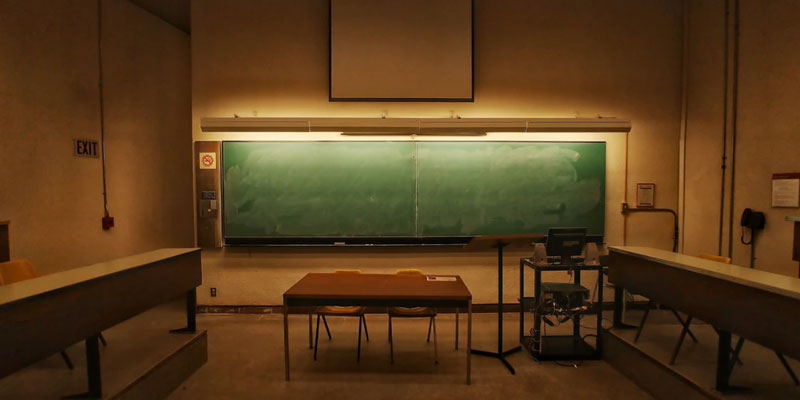 The Woke Academy charter school is hiring in Providence.

John DePetro has spotted a curious requirement for a job at Hope Academy charter school in Providence, which he redubs “Woke Academy”:

They currently have a job posting (listed below) for a teachers assistant that is woke and steeped in Critical Race Theory. It starts with the ability to be aware of ” microaggressions and redirect with affirmations.” Under Qualifications and Skills, the right candidate “must acknowledge racism and privilege, and talk about racism. When you see racism or other types of inequities, you address it.” The application also talks about supervision, fire drills and other teacher assistant skills you would expect. Why should a kindergarten teacher assistant need to acknowledge racism and privilege?

This is apparently yet another area in which the practices of higher education are permeating out into our communities.  As I reported in October, Roger Williams is explicitly making demonstration of woke beliefs a requirement for any sort of job, from prep cook to nude model for art students.

This is simply becoming the reality of our society.  Wherever radicals can impose requirements for hiring, they will ensure that agreement with their ideology is among them.

Higher education is especially relevant in this area.  A half-century ago, the classical liberals (conservatives, by today’s standards) were sympathetic to progressives’ insistence on free speech, academic freedom, and ideologically balanced hiring.  Once progressives were in control, however, their characteristic authoritarianism began to emerge, complete with litmus tests for hiring and other career advancement.  (For worse or [probably] better, by the way, this is why I don’t have a PhD in literature.)

Once the campus was conquered, the Left had to contend only with gradual time to inculcate their ideology into those who would go on to careers in softer, people-focused careers like human resources, messaging, and media.  Meanwhile, the education establishment, including teachers’ unions, worked to fully align the institutions they controlled with the radical line.

In this way, the focus of American schools has shifted from the core mission of education to the qualifiers that Hope Academy attaches to its job description.  The act of “provid[ing] individual and small group instruction” becomes subordinate to the qualification that it be done “with a socially conscious lens.”

Take particular note that Hope Academy does not consider ideological conformity merely as a nice-to-have quality in a teacher assistant.  The first three “skills” in the job description are explicitly ideological.  Above all, applicants must recognize the fundamentally religious mission of the school.

The ad sends this message explicitly and implicitly.  After all, how important could education and accuracy actually be to a school that wants aids to assist in the “preppring” of the curriculum?