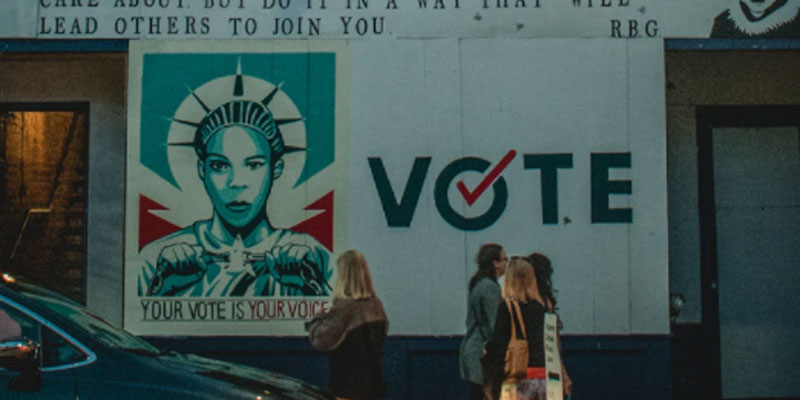 Black Rhode Islanders should recognize how much Harrison Tuttle’s ideology hurts them.

Harrison Tuttle is not merely another run-of-the-mill progressive with all of the approved leftist views.  He’s also the director of the Black Lives Matter Political Action Committee in Rhode Island.  So, when he takes a position on an issue, one would expect him to do so in light of the interests of black people.

His supporters ought to give some thought, therefore, to his response when Richard August asked him on State of the State whether he supports open borders, or whether “we should have some control over the flow of immigrants”:

So, I think that the design and the implementation is very different, but when we look at the overall concept, in my belief, I believe that we should have people come into this country and “open borders,” but I believe that there should be a system in which we’re able to make sure that people are safe, people have been able to receive the necessary care that they need.  Yeah, I think that we should have an opportunity to have people who want to come to this country to be able to do that.

When August followed up asking what’s to keep such people from voting, given easy registration and voting processes (particularly if such immigrants are provided legal driver’s licenses), Tuttle responded:

August narrowed in on the key question, “So non-citizens should have the right to vote in state, local, and national elections?”

I believe that anybody who is in this country deserves to play a part in our democracy, yes.

Naturally, the mainstream news media (whose representatives could take a lesson from August’s performance, here) don’t make this part of the story while presenting political debates about immigration of Black Lives Matter, but everything about Tuttle’s view is harmful to the very constituents he claims most fervently to represent.

Loose immigration laws that flood the job market with low-skilled labor obviously harm disadvantaged Americans who rely on those jobs to make a living.  Not only does more competition mean it will be harder for them to find jobs, but the increased number of people in the market will drag down the rate of pay when they do.

Then, when this challenging job market and lower pay rate lead those folks to seek help through social benefit programs, the greater number of applicants will stretch resources thin — not only money, but providers of services, too.  Yet, Tuttle clearly wants to extend such programs to illegal immigrants.

And then, if the black community begins to identify this problem and wants to work to ensure that their government better reflects their needs and values as citizens, Tuttle again would throw obstacles in their way by diluting their votes with those of immigrants who will advocate, as Tuttle says, for the “governing laws… they want.”

An important lesson from the COVID era comes into play.  For decades, people have generally assumed that the interests of teachers aligned with the interests of students, but we’ve recently been taught a clear lesson that it does matter that teachers unions represent their members’ interests first.  The same distinctions will emerge between citizens of one minority group and immigrants of another.

Within the boundaries of modern Rhode Island politics, it would be difficult to imagine a set of beliefs that would make black lives more difficult than those professed by this representative of Black Lives Matter.

Overall your comments are based on half-truths and stereotypes about undocumented immigrants taking jobs that would normally go to Black and Hispanic Americans. For those small % of African Americans and Hispanics who are impacted by increased immigration and competition of low-wage jobs…the real question we need to ask is why these Black and Brown communities have been denied the quality education and the pathways to advance their careers out of low-wage jobs. Immigrants cannot be the scapegoat.

Thank you for the great comment. I don’t think there’s as much gap between what we’re each saying as may initially seem to be the case.

Ultimately, the economy IS people, so more people means more economic activity, and technology is making it easier and easier for each new person to add more in than he or she takes out. But you shuffle a whole lot of activity under the phrase “after capital markets adjust.” Rhode Island is not a place that makes market adjustments easily. In the interim, people will be harmed.

Additionally, market adjustments don’t happen across industries only, but also up and down the pay scale. Downward pressure on wages at the bottom of the scale has gravity up the scale, too, until there’s a sharp distinction (like difficult-to-get certifications).

Frankly, I agree with you that the real question is why our school system is failing so many, and also why our state makes it so difficult for up-and-comers to compete. Unfortunately, progressives like him are on the wrong side of those questions, too.

The point is, however, that our education system IS failing them. Our economic policy DOES make it difficult for markets to adjust. So, in that environment, increasing immigration only helps the wealthy establishment and progressive activists.