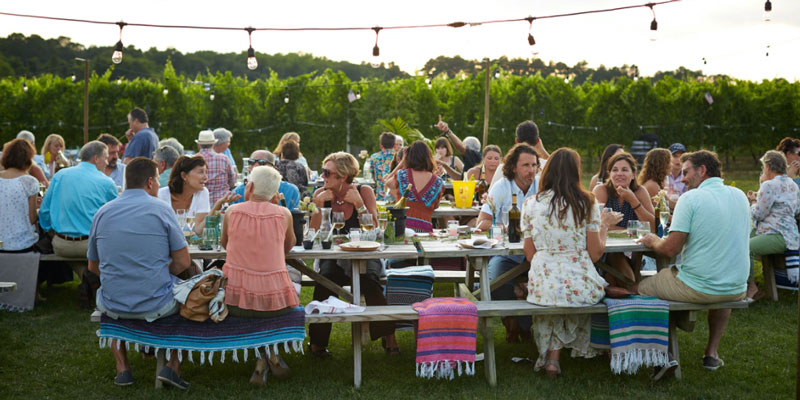 According to the mainstream narrative, who is actually responsible?

In order to improve them, we have to understand how our institutions work, but we’re not very good at assessing them anymore.

Maybe the problem is the mix of self-esteem culture with identity politics and progressive domination of our cultural institutions.  Saturated in that social brew, our governing class has become something like a giant nonprofit organization on a permanent retreat for morale building.

If you’re on the trip, you must be good and well-intentioned.  The activities are fabricated, so it doesn’t really matter whether anybody does them well.  And the only people outside the Circle of Affirmation are those who refused to participate in the retreat and occasionally send messages that give the impression they think the organization is supposed to have some purpose beyond building its own morale.

I don’t intend this as insult or mockery; I’m only trying to describe what I see.  This morning, the above description is suggested by two pieces in the Rhode Island section of the Boston Globe.

The first is Brian Amaral’s latest on-the-scene profile of the growing disaster that is Rhode Island’s hospital system: “How COVID-19 and staffing issues took Rhode Island Hospital ‘from bad to terrible’.”  With each such article, the understanding dawns just a little bit more that “the unvaccinated” can’t be made to take all of the blame and one can’t whistle past the acknowledgement of an emergency medicine physician in print — to a reporter from a major regional newspaper — that he “sleep[s] perfectly easily after watching people die in horrible ways” because they weren’t vaccinated.

In this article, faintly, we start to see the topic edge toward the giant unasked question about why “the state’s health care system was ill prepared to handle a viral shock.”  The term “red tape” enters the conversation, but still with the feel of a natural phenomenon.  Eventually, journalists will have to ask who has the tape dispenser.

With that impression in mind, let’s pivot to Dan McGowan’s hagiographic farewell to outgoing Department of Health Director Dr. Nicole Alexander-Scott — “the conscience of Rhode Island.”  I don’t mean to single Dan out; he’s just the first to write a column expressing an attitude that is everywhere on Rhode Island social media.

McGowan reminds readers that Alexander-Scott “was here way before the masks and the shots, the shutdowns and the reopenings,” but rather than mention the systemic problems with health care in the Ocean State, Dan chides Rhode Islanders that “it’s about time that we thank her for the leadership she has shown.”

How can our system ever hold anybody accountable when our watchdogs don’t seem to believe that any officials are actually responsible for the institutions they presume to regulate?  Look at the suffering described in Amaral’s article!  Shouldn’t that be at least a footnote while commenting on the “conscience” of the state?

The reader is left to wonder:  Who, in the eyes of Rhode Island’s ruling class, is actually responsible for managing the massive government they support?  When there are no Republicans to cast as villains, the answer seems to be “nobody.”  The sun-bedazzled picnic tables are filled with great people doing their best against the impersonal tides of fate while awaiting the next fun trust-building exercise.

From whom is more pay for journalists owed? – Anchor Rising

[…] sandbags to the already-dragging side of the ship.  Around here, that sort of press will be (arguably, is) merely part of the insider […]