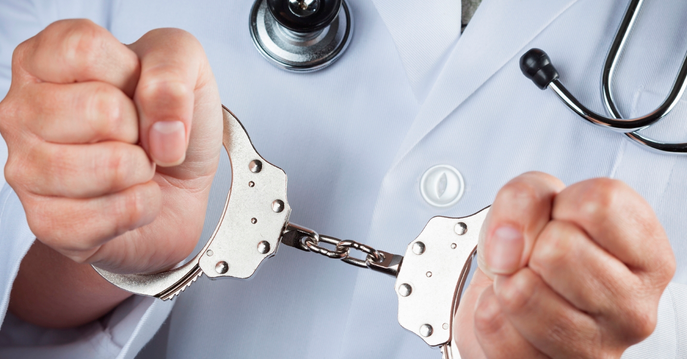 In early October, the Rhode Island Department of Health and then-Director Nicole Alexander Scott ordered Dr. Stephen Skoly to to stop caring for patients, stating that he was an “imminent threat to the health of the public” because he declined to get the COVID-19 vaccine. Dr. Skoly has natural immunity against the disease and has valid medical issues that speak against his getting the vaccine. But this did not conform to Governor McKee’s and Dr. Alexander Scott’s rigid, non-scientific (because it denies natural immunity) vaccine mandate on healthcare workers. Accordingly, Dr. Skoly was forced to cancel two thousand, one hundred patient appointments, including hundreds of appointments for ward-of-state patients.

… what steps are being taken to provide service to the many hundreds of patients, some of whom are wards of the state, of Dr. Stephen Skoly, whom the Director ordered in early October to stop caring for patients?

In terms of Dr. Skoly’s patients, Eleanor Slater Hospital is working to ensure continuity of care for these patients.

> If so, which patients, all or only wards of the state, did the hospital undertake in this endeavor? And how many patients?

Mr. Charest did not respond to Anchor Rising’s inquiries. In an interview, Dr. Skoly advised Anchor Rising that no doctor or provider had contacted his office requesting the files of any of his ward of the state patients, which would indicate a new provider had taken over care of a patient, nor had the state of Rhode Island been in touch with him about those patients. In short, there is no indication that any of these patients have received continuity of care via the Department of Health’s … handling of their medical needs after that department took away their doctor. Further casting doubt is that the Department of Health assigned “continuity of care” responsibility for hundreds of patients to a medical facility that already has its hands full dealing with its own operational and funding issues.

And it is not just Dr. Skoly’s ward-of-state patients who were abruptly deprived of care by the Rhode Island Department of Health’s highly selective and unscientific order against Dr. Skoly. All of his patients have had to scramble to arrange their own “continuity of care.” In light of his specialty and his skill, many have had to go out of state or wait many months for an appointment with another provider or have simply not been successful in doing so.

With the departure of former Director of Health Dr. Nicole Alexander Scott, Governor McKee can start crafting COVID-19 public health policy that is guided foremost by science and the promotion of public health. The first step would be to rescind his vaccine mandate on healthcare workers, or at least modify it to recognize natural immunity, which now even the CDC (welcome to the party, pal) acknowledges confers stronger protection than vaccination and to also allow standard medical (pregnancy, risk of side effects) and religious exemptions. This would scientifically, easily restore 1,300 (in theory, if they have not all moved on) healthcare workers to a badly understaffed healthcare system and a badly needed oral and maxillofacial specialist to his patients and his practice.

Thank you for the follow up on Dr Skoly’s status. I’m not sure Governor McKee is brave enough to reverse the mandates. The local news reports on staffing shortages at hospitals, nursing homes and other healthcare facilities as if the mandates had nothing to do with it!? The narrative continues to vilify the unvaccinated. They claim the hospitals are overwhelmed with unvaccinated. Yet they allow Covid positive vaccinated healthcare workers to work even if they are sick. This is MADNESS!

Thank you, Claire. No question the state’s healthcare staffing shortages have been exacerbated by the needless sidelining of 1,300 valued workers with a noticeable impact on (restriction of) care. Public sentiment about mandates has been shifting to match the data that strongly recommends against them. At this point, for his own personal and political interest, Governor McKee should be looking to quickly end all mandates (framed in a victory narrative) and free up those workers to return to their much needed posts to divest himself as much as possible from the inevitable recrimination about the LITERAL harm being done by the shortstaffing of the state’s healthcare system.

Please Right this Unhealthy Wrong, Governor: RI Appears to Have Simply Washed Its Hands of Skoly's Ward of State Patients -

[…] I report on Anchor Rising, I contacted the Rhode Island Department Health last month to ask how the state […]