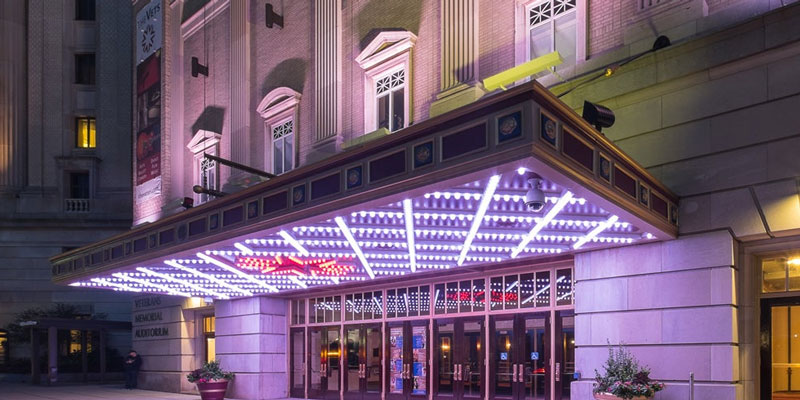 That little-known, world-famous personality selling out the Vets is Jordan Peterson.

Looking for something to do at The Vets in Providence one of these weeks?

Tickets are widely available for the Rhode Island Philharmonic’s performance of Scheherezade on Saturday, February 12.  Angelique Kidjo the next evening?  Pick your section.  The next weekend, the multiple shows of Trolls Live! have plenty of seats available.  If you’re in the mood for some comedy, Tim Dillon can fit you in any section except right in front of the stage on Thursday, February 24.

But if you’re interested in hearing a lecture by Canadian psychology professor Jordan B. Peterson on February 17, find yourself a scalper, unless you can morally claim the very last wheelchair space (with companion).

Even stranger than the fact that a conservative academic like Peterson would have the hottest tickets in Democrat-dominated Rhode Island is the fact that nobody seems to be noticing.  It’s been a big story in the Ocean State, recently, that the increasingly radical University of Rhode Island revoked largely ceremonial honorary degrees previously bestowed on Rudy Giuliani and Michael Flynn, but here’s a professor who just published an essay renouncing his prestigious fully tenured professorship at the University of Toronto who is selling out speaking engagements in midsized performance venues even in New England, and somehow that’s not a story.

But what a story it is!  If you’re not aware of the Peterson phenomenon, you can’t possibly understand even half of what is going on in our society right now.

In a nutshell (and with a little bit of my own, ahem, interpretation), progressive education and media have left several generations so insecure and deprived of meaning that a psychology professor who put his foot down against compelled radical speech and then began publishing books describing “rules for life” became one of the most famous people on the planet.

Rhode Island journalists will inform the public when some third-tier Democrat spins through the state to collect donations from wealthy partisans.  One might think — if one weren’t paying attention — they’d be scrambling for tickets and backstage access to catch a hint about why one of our state’s major venues is sold out this particular Thursday night in February.