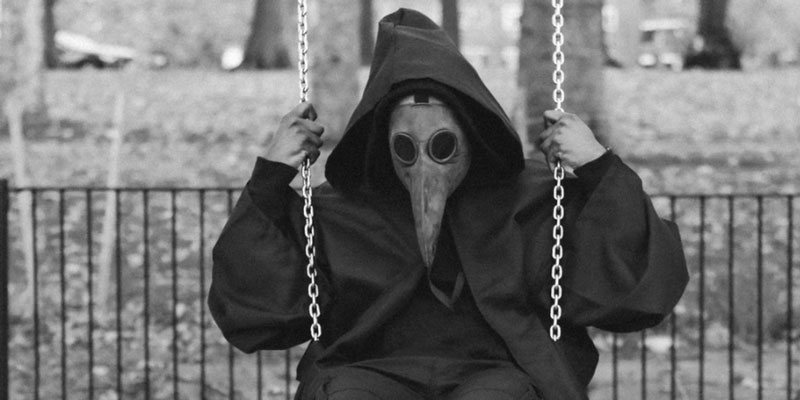 COVID-19 can be a nasty disease, even when it’s not a killer, which it most definitely can be.  The coronavirus is not, however, the only killer, and disease is not the only nasty thing that can happen to your life.

As we look out across the landscape of continuing fear, ramped up to an irrational level, and observe, aghast, the willingness of many of our neighbors to throw away our rights liberally in exchange for the promise that somebody else will take responsibility for our well-being, we should give due consideration to Eli Sherman’s article on WPRI, “2021 was one of the deadliest years on record in Rhode Island.”

If the news story has any practical utility, it can only be to assess the decisions of those who claimed such extraordinary power when the pandemic arrived in our state and, thereby, to foster accountability and readjustment.  Yet, the question of whether the response was justified or well managed is not even asked.  The implied answer is, “of course!”

Wherever that angle might come up, Sherman gives the government’s public health architects the floor:

“While preliminary data suggest that our overall fatalities for 2021 were lower than our total for 2020, COVID-19 still tragically took the lives of more than 1,000 Rhode Islanders last year,” interim health director Dr. James McDonald told Target 12.

That statement simply isn’t true.  If we wish to be generous, perhaps we could say only that it is not precise, but the 1,157 deaths that the state puts on the board for COVID were people who died with the disease, not from it.  We do not know what the overlap truly is, and we will never know how much this loose definition covered up deaths that would best be attributed to the government’s response to the disease.

WPRI leads with a chart that shows nothing in history like 2020’s 1,542-death spike in Rhode Island since the 2,897-death spike resulting from the 1918 flu — before we had even penicillin to fight diseases.  Tracing that line, readers might reasonably wonder whether the lockdowns had any justification at all, given that the Spanish Flu was so much more deadly than the Chinese Communist Flu.

The answer is not open-and-shut in either direction.  Supporters of the regime might next turn to Sherman’s chart of historical death rates, which show the COVID spike in a much less dramatic light.  This takes into account, most notably, the larger population, and here lockdown advocates might insist we can see the benefit of their policy.  Fair enough; but this picture doesn’t justify Sherman’s scary headline about “the deadliest years on record.”  He tries to have it both ways.

Those of us who argue that the lockdowns were too destructive might also notice that Sherman is incorrect to assert that “the death toll from drug overdoses… has grown each year since 2018.”  His own chart shows that overdoses were down in 2019, as part of a downward trend every year since 2016.  The year of the COVID lockdowns, 2020, brought a 25% leap, with an additional 76 deaths.

Tragically, 2021 brought another increase, albeit a smaller one.  So, if we return to Sherman’s scary headline, the context is quite different.  Comparing 2021 to 2019, we see an increase of 835 deaths from all causes.  Eighty-eight of those (11%) were from overdoses. If suicides followed a similar trend, they’d account for another 4% of the overall increase.  Homicides were also up about 20% in 2020 (although that trend began the year before, perhaps for policy reasons).  Now factor in deaths because people skipped hospital visits, were more sedentary, were more anxious, and so on, and the idea that the response to COVID played a significant role becomes plausible, indeed.

For the sake of our rights and our health, these are topics that require thorough public scrutiny.  Unfortunately, the news media seems disinclined to help in that effort.