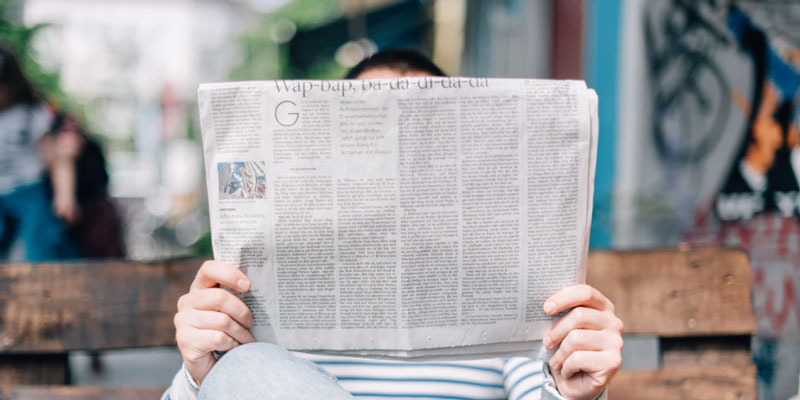 Local journalism must see past the mists of its romantic self-vision.

The Valley Breeze is a notable standout in local journalism, with observable quality and dedication.  Indeed, the fact that its chief editor, Ethan Shorey, spends hours each week actually delivering the paper has a back-to-our-roots feel that one can’t help but admire and encourage for the paper’s peers.

But zooming out to the whole industry, rather than that one example, the romance shouldn’t obscure big underlying problems.  I have in mind these comments from Shorey:

“If we lose local news coverage, we’re doomed,” Shorey said. “People need to realize that having someone in the community, it connects people. It holds government accountable.”

“If we’re not there, nobody’s telling the story,” he added.

I don’t know how many people still buy that image of reporters’ being a connective tissue in the body politic.  Yes, the gathering and dissemination of information is an important institution in a community, but it’s become too obvious that journalists pick sides, sometimes in proportion to their involvement with the community.

Shorey is correct to note that if journalists aren’t there, nobody’s telling important stories.  For many of us, however, the experience has been that they often let some stories go untold, while amplifying others, for apparently political reasons.  It is very easy — even to the point of being subconscious — for them to adjust the degree to which they hold government accountable based on which party or group happens to be in control.

In Tiverton, for example, elected officials are trampling all over the rights guaranteed under our town charter, but the only way anybody will ever know about it is if those of us in the opposition do the work of investigating, explaining, and promoting the facts.  That’s partly our responsibility, to be sure, but the contrast with local journalists’ excitement at having someone to hold accountable for nothing when we held a narrow majority of one of the governing bodies is impossible to miss.

I won’t claim to have conducted a study of the matter, but my impression in my neck of the woods is that a sizable portion of the community has simply stopped paying attention to — and contributing to — local media for that reason.  The market for local journalism is small enough, as it is, without deciding that a much of your addressable community is simply not worthy of consideration while the other side isn’t deserving of scrutiny.

This atrophy is moving up to the statewide media, too.  Every now and then, a news organization may make some noise about increasing its demographic diversity, but that’s an ideological move, not a market-driven one.  I’ve seen no evidence that any of the major papers or networks is interested in taking steps to attract and reassure people who don’t share their left-moderate-to-progressive beliefs.  There’s no outreach.  There’s no dedicated beat or columnists.  Nothing.

In fairness, they have reasonable concerns that key players and sources of information in the state might shut them out if they break ranks.  But that goes right back to the dubious pretense that journalists are some sort of guardians of the people.

If the suits decide that they can’t take that risk in order to gain access to deplorables’ money (or the advertising their attention could sell), that’s their prerogative, but insisting that “people need to realize” their importance doesn’t address the reason they may be doomed.