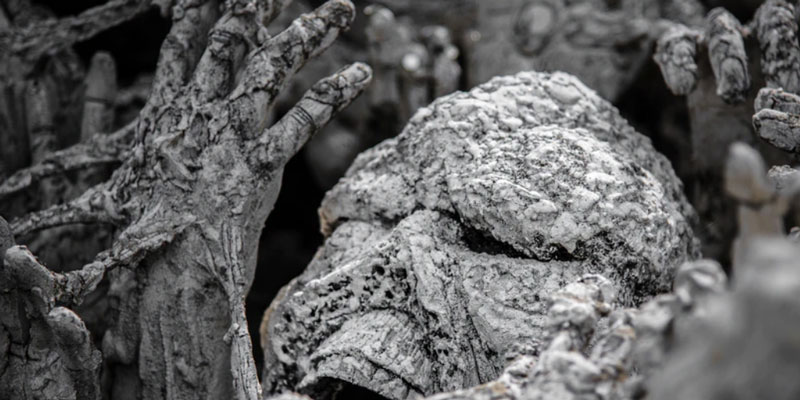 The Cultural Weaponization of Public Education

For a recent episode of his New Discourses podcast, James Lindsay traces “culturally relevant pedagogy” back to a foundational document from the mid-1990s.  Lindsay is not known for his understated presentation, but at least as I pause midway through the recording, I’m not sure he goes quite far enough conveying how advanced the infection is or how insidiously it inverts the purpose of education.

The fundamental complaint of the advocates — which may, as Lindsay concedes, have a reasonable point in specific and small-scale contexts — is that our education system has long been structured to appeal to and support a narrow cultural group.  So, if I may reframe the process as a series of steps, step 1 of cultural relevance is meeting kids where they are. We want students to learn math, for example, so it behooves us to get any cultural stumbling blocks out of the way.  Teachers may find something in an indigenous culture, for example, that can facilitate learning with a tweak to the teacher’s approach.  The cultural subtext of traditional lessons may have acculturational value, but that secondary goal should be complementary, not overriding for many academic subjects.

This reasonable consideration quickly becomes overwhelmed.  We might say that step 1.5 is the decision to erase all cultural content, starting with things that may not be necessary in, say, a math class, but bleeding out into other parts of the curriculum.

At step 2, activists start to ask whether even the core subjects (even the technical, objective ones, like math) represent, of themselves, indoctrination into an oppressive system.  Now, we need to redefine math itself for every group, so each has its own version of math.  Furthermore, the principle emerges that it’s wrong to privilege traditionally white math over black or aboriginal maths (whatever those might be).

But, wait a second.  At step 2.5, somebody wonders:  What if those still being taught white math do better (for reasons of systemic racism, of course)?  We can’t have that, which means we must stop teaching white math even to white kids for whom it remains better suited than the alternatives (whatever they might be).

Once step 3 begins to settle into the now-disoriented psyche of the community, another question sneaks in:  Why are we teaching anything at all?  What’s the point of education if it’s racist to teach minority children how to live in a racist society and it’s immoral to empower white kids to continue to thrive in that same racist society?  Well, obviously, the purpose of education must be (in an inversion of the original complaint) to indoctrinate children into the critical-theory ideology of wokism.

So, while we began with the concern that the predominant culture might insinuate itself unnecessarily into everything that schools attempt to do, we end with the overt and aggressive practice of using schools to deconstruct and destroy the predominant culture.  Traditional beliefs and approaches become the only perspective it is forbidden to affirm.

As it happens, I came across a clear example as I searched for the “land acknowledgment” that government bodies in South Kingstown and elsewhere are beginning to recite at the beginning of meetings.  Consider this line from the school committee’s “student equity policy“:

Incorporate the voice, culture, and perspectives of students, staff, families, and communities that reflect student demographics to support and enhance student success

One needn’t look far to discover that this is a lie, or at least that it only applies to cultures and perspectives the woke administration endorses.  In contrast, a nearby “Non-discrimination Transgender and Gender Expansive Policy” gives details on how teachers and administrators must lie to students’ parents about their children’s identity confusion (emphasis added):

District staff may not disclose information that may reveal a student’s transgender status or gender nonconforming presentation to others, including, but not limited to, parents, students, volunteers, or other district staff, unless legally required to do so, or unless the student has explicitly authorized such disclosure. When contacting the parent or guardian of a student who is transgender or gender non-conforming, District staff should use the student’s legal name and the pronoun corresponding to the student’s gender assigned at birth, unless the student, parent, or guardian has specified otherwise. …

In some cases, notifying parents/guardians carries risks for the student, such as family rejection or physical abuse. Prior to notification of any parent/guardian regarding the transition process, school staff should work closely with the student to assess the degree to which, if any, the parent/guardian will be involved in the process and must consider the health, well-being, and safety of the transitioning student. Upon notification by a student, parent/guardian, or representative that a student is undertaking, planning to undergo, or has completed a gender transition, the school will promptly inform the notifying individual and the student of the right to request a support team, consisting of appropriate school staff such as the school principal or designee, counselor, social worker and teacher(s), and members of the school point team. When a student transitions during the school year, the school team shall hold a meeting with the student and parents/guardians, if they are involved in the process, to ascertain their desires and concerns.

If you’re wondering what “the transition process” might entail, the policy notes that it might involve “social, legal, or physical” changes.  Meanwhile, “well-being” is infamously vague when it comes to government cultural policies and can easily be interpreted to mean avoiding any uncomfortable clash with the family’s traditional culture.

So, if the “voice, culture, and perspective” of the student’s family might not be entirely affirming of a child’s decision to take steps to permanently change his or her body, the school will not “incorporate” that view, but will actively deceive the parents to further their radical experiment on the child.

North Americans of European ancestry rightly lament the more-extreme steps our ancestors took to make indigenous populations like us, yet too many are now standing by as progressives use taxpayer-funded schools to facilitate biological changes to minors behind the backs of their moral and legal guardians.