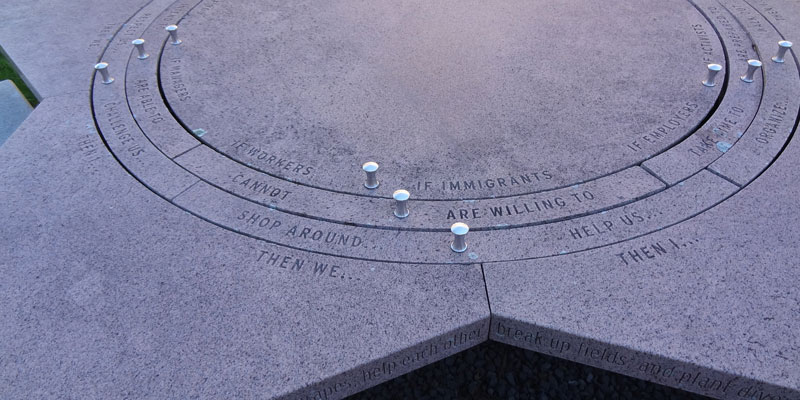 Are we allowed to point out obvious truths about Putin, RI labor unions, progressives, and energy?

I don’t want to make too much of this, but sometimes we have to put the obvious on the table.  Otherwise, we’re apt to wander off in dense forests of complexity because we reject the ability to see in an open field.

Journalistic writer Michael Shellenberger makes the so-obvious-it’s-easy-to-ignore point that the West’s throttling down all of its own energy production — from coal, to gas, to nuclear — empowered and emboldened Russian thug-leader Vladimir Putin.  That cannot be argued.

What one could maybe say is that it’s simply an unfortunate consequence of a necessary policy to reduce environmental harm.  OK, well, that’s a pretty major consequence with massive potential to backfire directly against the stated goal.  What’s the carbon footprint of an aerial bombing raid?  How does the explosion of a nuclear weapon compare with the risk and waste from nuclear power plants?

But poor calculation of tradeoffs isn’t the most striking aspect of Shellenberger’s argument.  Consider:

Britain could have increased fracking for nat gas but didn’t. Why? Because Russia pumped $95M into anti-fracking advocacy. Noted the head of NATO, Russia “engaged actively with environmental organisations… to maintain Europe’s dependence on Russian gas”

Shellenberger says “Western elites are… Putin’s useful idiots,” but one must really wonder.  They are useful to tyrants, to be sure, but are they acting out of idiocy?

You don’t get much more elite in Rhode Island than AFL-CIO union president George Nee.  Observe politics in the state for a couple decades, and you’ll see that his fingers are everywhere, along with those of his friends, colleagues, and comrades in other unions, like Bob Walsh of the National Education Association of Rhode Island.  If this small group isn’t the hub of all corruption in Rhode Island, they’re not positioned very distantly from it.  And just today, Nee has a commentary in the Boston Globe calling for Rhode Island to “become the first fully decarbonized state in the nation.”

Let’s pause for a moment to stand in awe of the disgusting cynicism of Nee’s essay.  Rhode Island’s labor union overlords have been at the center of power for decades, pushing regulation and high taxes, increasing the cost of all public works from infrastructure to education, and backing the far-left economic or social causes that slither their way into our State House.  Arguably, no single person bears more responsibility for the condition of Rhode Island and the suffering of its people than George Nee, and here he is advocating for two more doses of the same old poison.

Of course, we can’t rule out the “idiot” possibility behind Nee’s objectively pro-Putin advocacy.  The guy’s made himself quite wealthy and extremely powerful aligning with the interests and ideology of the Russian tyrant.  But the fact that socialism can pay its leading lights handsomely doesn’t mean they don’t believe in it.  When I first began paying attention to this crew, one couldn’t quite tell whether some key players, like Patrick Crowley, were union organizers with strong sympathies for Marxism or Marxists who made their money as union organizers.

To echo a running theme: the fact that a complete picture seems too obvious does not mean that it is not accurate.  The story behind life’s painting doesn’t always have to have some clever twist or optical illusion.  On one side of the canvas, we have a former KGB agent from the U.S.S.R. (that is, communists, which means socialists) promoting the green cause to hobble his international opposition’s independence as he expands his power and enriches himself.  On the other side, we have a union organizer enjoying his own fiefdom and riches while promoting the foreign adversary’s preferred message and hobbling his own state, while dabbling in economic and social advocacy with the same socialist roots.

There doesn’t have to be an overt conspiracy in order for observations to have explanatory power.  Evil often attracts through self-interest instead of, or in addition to, true belief.  Still, we shouldn’t assume that alignment at this level must be merely coincidental.