We could use more elected officials like Frank Maher. 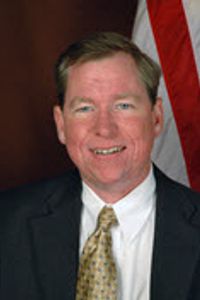 When Bill Felkner introduced me to Republican state Senator Frank Maher on the back steps of the State House, I was still new enough to politics-in-the-flesh to think he was a representative sample of elected officials.  “He’s one of the good guys,” Bill told me, and he was right.

On another occasion, not long after, both Frank and I followed a Republican convention in Newport as it crossed the street and continued into the night at a bar.  We distracted each other, along with his wife, Kathleen, from the felt need to schmooze with a long conversation about matters political and personal.

Senator Maher was in politics for the right reasons.  He wasn’t looking for an edge in the insider career path or running for a place on local talking head shows.  He was a man of strong values who saw politics as a means of doing some good in the world.

Too often, those who should be our models are too modest to draw attention to themselves.  Rest in peace, Frank.  I know you’re doing what you can to help us from where you are.