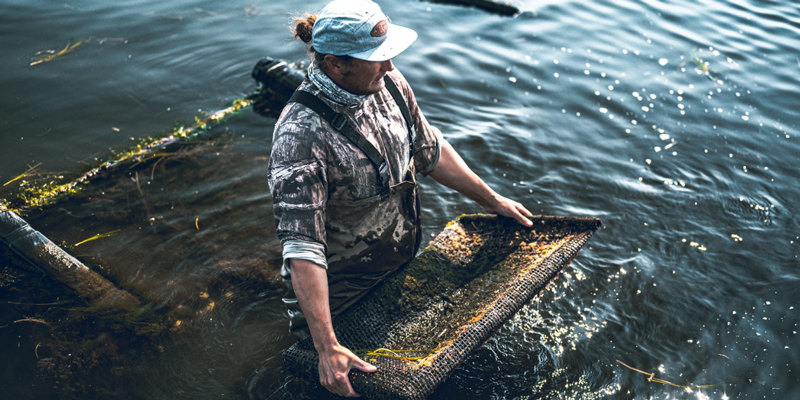 Yes, an “equitable aquaculture” earmark in the U.S. Senate is a problem.

To begin with, let’s focus on the word that caught Republicans’ eye and drew out the label, “woke”:

Last month, Sen. Steve Daines (R-Montana) sat down on his office couch and recorded a video explaining that he’d be voting against a $1.5-trillion government spending bill that included $13.5 billion in aid for Ukraine.

“There are 4,000 earmarks in this bill, totaling over $8 billion,” Daines said, gesturing at the tall stack of papers in front of him, then began to name examples. First on the list: $1.6 million for “equitable growth of shellfish aquaculture in Rhode Island.”

Reading Antonia Noori Farzan’s Providence Journal article, two possibilities appear to exist.  Either advocates for the earmark are dishonestly downplaying the wokeness of the provision now that it’s drawn attention or they tacked on the word “equitable” to dishonestly give the impression that it’s more woke than it is.  If the former, the move deserves objections; if the latter, it invites equal and opposite exploitation of the word choice.

Political semantics are a sideshow, however.  The meat of the proposal is what should draw objections.

First, the bulk of the money will go to Roger Williams University (RWU), which is a private organization.  This is precisely the problem with earmarks.  They empower legislators like Democrat Senators Jack Reed and Sheldon Whitehouse to hand out cash to friends, associates, and people whose affection would be politically beneficial.  Beyond the easy and unaccountable access to taxpayer dollars, this practice contributes to our political problems as part of the systemic corruption allowing incumbents to buy votes.

Second, part of RWU’s goal is “to research what kinds of barriers exist for people trying to start aquaculture businesses in Rhode Island, and if changes to state laws and policies are needed,” including the hiring of a lawyer and other staff.  The primary “barrier” that Farzan notes is “opposition from neighboring property owners” who object to new commercial uses of public waterways, such as oyster farms.

Maybe the aquaculturalists are in the right or maybe the residents are, but this “equitable” earmark appears to be an effort to leverage the unlimited largesse of the federal government to give a politically favored industry additional leverage over individual citizens.  The abuse of language, in short, is tied to an abuse of power.

If the federal government wishes to wade into this murky water, it should do so deliberately and with equal access provided to both sides.  Government should absolutely not be funding one side of such public policy debates.