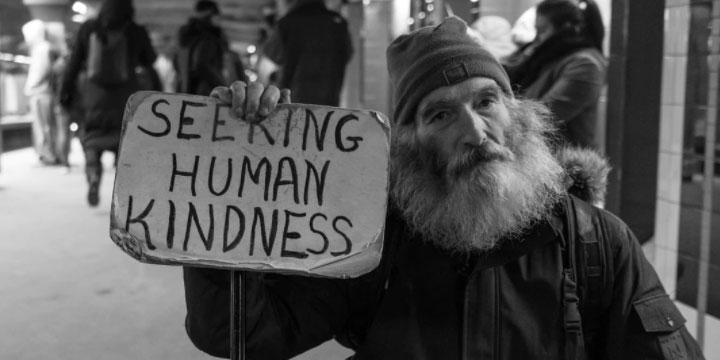 To understand how progressives operate, consider the housing issue.

Rhode Island has real problems, and an unavoidable consequence of reality is that those who most need a healthy, vibrant society under their feet will face the greatest risk of tragedy in an unhealthy, sclerotic one.  The wise approach, then, when one observes suffering in the community is to look for fundamental causes and solutions that benefit all rather than to focus on symptoms and solutions that alleviate them for the few.  This is not to say that — case in point — we should not help the homeless, but that our solutions must be carefully considered to emphasize underlying causes while minimizing the sort of subsidization that tends to generate more unhealthy behavior all around.

Such an approach is not, however, in the interests of people who make their living in advocacy (because they might actually resolve the problem).  It is also not helpful to politicians and special interests, who meet suffering with asserted solutions in order to harness the leverage that the sufferers bring to gain and expand their own power.

Consider the opening paragraphs of two separate articles about a protest at the Rhode Island State House demanding action on housing.  Presumably these were written entirely without mutual reference, not as a group exercise.  First, Amy Russo of the Providence Journal:

Luz Arroyo has been sleeping in her car since January. That’s around the time she was evicted from her Pawtucket apartment, following the death of her husband.

On Thursday, standing outside Gov. Dan McKee’s office, she had a message for him: “Please help us to get more affordable apartments for people that are out here in danger … It’s hard. Very difficult,” she said.

And here’s Edward Fitzpatrick of the Boston Globe:

Luz Arroyo choked back tears as she stood outside Governor Daniel J. McKee’s office on Thursday, talking about how she was evicted from her apartment in Pawtucket after her husband died and now sleeps in a car. “I don’t have anywhere to go,” she said.

She called for state government to “help not only me but other people that are homeless,” saying, “I know how these people are suffering out here, just like I am suffering.”

This issue shows the powerful formula that has been chipping away at our system of government.  Non-profits and activist groups — often luxuriously funded, at least to the extent that many of them can be reasonably secure, financially, if not enriched individually — find suffering people looking for a way out and package stories for journalists and politicians who are both ideologically sympathetic and keyed to look for the emotional ingredients of a story.  In this way, they create a narrative to move the public that is carefully packaged alongside solutions that always involve the growth of government and an increase of revenue to special interests, while rarely solving the problem.

Such challenges will never be solved, if only because the definition of “solved” will move in proportion to the solution, but improvements can definitely be made.  The key is to take suffering as a symptoms alerting us to something more basic that needs fixing.  We need economic growth, increased emphasis on personal bonds and mutual responsibility, and policies that attract those who will contribute to, rather than rely upon, our shared society.  Unfortunately, the fatal flaw of this strategy is that it doesn’t create (or fund) a movement with incentive to agitate for it.

This just in:
“Homeless” has been cancelled. Henceforth please rely upon “unhoused” as the term of art.

That’s interesting, what is more offensive about homeless than unhoused?

Great article. I am thinking, when sleeping in your car, you can still get a job, am I right? And with that money, eventually pay for a place to live. If it’s not an apartment, then maybe a room in a home or multiroom living place. When I was young an poor, as m any did in Boston, I live with “:housemates”, not roommates. Each person had their own room/living space and shared the kitchen, etc. I did this while working at a very responsible job. I got the job by calling every person I could to outreach for it…. Then I saved and bought a house. The house went up in value because I didn’t just buy it anywhere, I did the commute in order to gain the increase in value of the house, for retirement reasons. It sounds like this woman wants an unshared apartment.. if she gets one, I will consider it very lucky, luckier than I was in my poor days….. There is a phrase, pulling yourself by your own bootstraps. This takes work and suffering. I find that a lot of people don’t think they should go through work and suffering, which is wrong. You made a great point about human nature – if you give too much to anyone without them Earning it, they will start to rely on it and expect it, for doing nothing/not earning it. Possibly with housing (and not your “Own apartment”) and require that courses be taken that lead to supporting yourself…. Just some ideas….