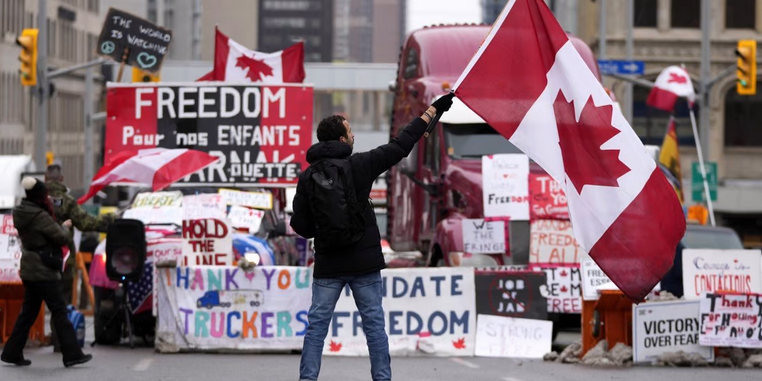 The Canadian Truckers Convoy Delivered a Crushing Blow to Trudeau

Much has been debated about the effectiveness of the recently-defused Canadian Truckers Convoy. One thing is for certain, the collective efforts and voice of Canada’s trucking industry, galvanized by frustration over far more than vax mandates, essentially exposed the agenda of and brought to his knees the once powerful Justin Trudeau. Trudeau’s actions in refusing to even speak to the aggrieved truckers exposed his elitist traits and disdain of the working class. His emergency declaration, actions to arrest peaceful protestors and willingness to crush business owners by freezing and paralyzing the finances and operating authority of those entities, proved direct evidence that his thirst for power and control had no room for commoners who “detracted” from his ambition. He will forever be remembered in the history books for these actions.

And in the end, it was the truckers who stood firm and delivered an everlasting and epic blow that exposed one of the world’s most recognized leaders as nothing more than a “distant, political cousin” to brutal autocrat Vladimir Putin.

Chris Maxwell is President of the Rhode Island Trucking Association