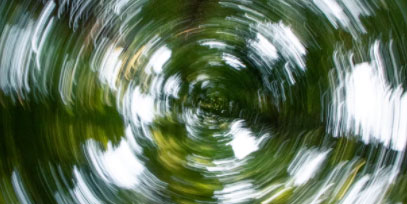 Repeated narratives in the mainstream media do affect votes.

Although Jonathan Swan appears to have positioned a recent essay on Axios with a view toward explaining away President Trump’s electoral gains among Latino voters as a “counterintuitive” political benefit-to-him of the coronavirus, I think the real lesson is quite different.

Swan argues that by “shifting Trump’s rhetoric from immigration to fears around the economic impact of shutdowns, the virus gave conservative and low-information Latino voters a permission structure to back Trump even if they shunned him in 2016,” but consider this:

Some of these voters favor “the wall” and restrictive immigration policies, but drew a line at Trump’s 2016 reference to Mexican immigrants as “rapists” or kids in cages and separating children from their parents, researchers said.

Swan may take all of those points as simple statements of truth, but in actuality, they’re examples of media spin to various degrees.  The “rapist” comment was typical Trump hyperbole, wherein he refused to tread carefully while making a foreseeably controversial remark and wound up overstating the case.  But the “kids in cages” were an Obama policy to address a logistical challenge, and the separation of children from parents was a grossly unfair characterization of border guards’ attempt to handle groups of unknown and undocumented people.  Safeguarding children in those circumstances is not straightforward, but Americans aren’t allowed to consider the full nuance of public policy when the media is in advocacy mode.

More important, though, is that no matter the degree of spin required for any given talking point, they were repeated relentlessly, to the degree that President Trump received 62% negative coverage, overall, compared with 19% for Biden, 20% for Obama and 28% each for W. Bush and Clinton.

That negative coverage had an effect.  As Swan concedes, even people who agreed with President Trump’s policies could be pulled away from him if the news media made it impossible for them to assess what was really going on.

That is the Left’s strategy, and now that they’ve put it to such effective use, you can bet it will be a while until a prominent Republican challenger to the media’s preferred candidates is able to get below fifty-fifty coverage.