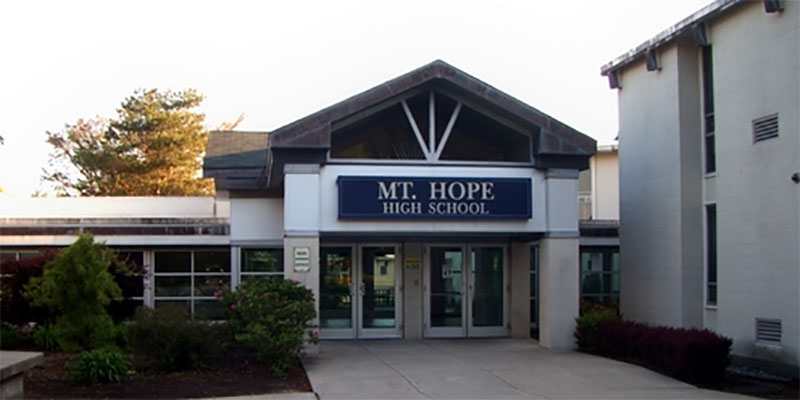 You must overlook the obvious when activists accuse Bristol Warren schools of racism.

There are two ways a contractor who’s trying to get a job with a public school district can respond when she hears that the school committee did not approve a proposal to hire her.  She can decline to comment and then seek to address the concerns of the hesitant school committee members, both in private and in public.  Or she can do what Simona Simpson-Thomas did when members of the Bristol Warren School Committee expressed concern that she might not be a fit for the role they were trying to fill.  From Ethan Hartley’s report from the front page of the Bristol Phoenix:

Before responding to this newspaper, she watched an online recording of the Oct. 25 meeting, where two Bristol Warren Regional School Committee members — Sheila Ellsworth and Tara Thibaudeau — said they were not voting in opposition to the concept of project-based learning, but out of concern for Simpson-Thomas being the vendor.

Once she had seen the meeting, Simpson-Thomas, who wears her outward appearance to the world as a black woman with “a badge of honor,” had plenty to say.

“Absolutely, it was racism,” she said, stating that she was not invited to speak before the committee during the meeting, nor was she contacted ahead of time to address any questions regarding her qualifications or how the professional development work would be conducted.

Hartley doesn’t mention whether Simpson-Thomas could easily have known her proposal would be on the committee’s agenda, but it is, in fact, there: “Requisition to spend over $5000 at the Mt Hope High School for a Project Based Learning Program.”

A contractor hoping to collect $7,000 for 10 professional development sessions over a school year should probably be expected to know when the critical vote is happening and to be present for the discussion.  Alternately, if she is somehow surprised, one might expect her to request the opportunity to make the case for her services, rather than using the news media in other people’s community to call them racists.

Indeed, her reaction to the news does much to affirm the concerns that Ellsworth and Thibaudeau expressed about Simpson-Thomas’s website.  In his article, Hartley characterizes Freedom Dreams as “an advocacy organization founded and led by Simpson-Thomas,” as if it is a side project of hers, but she does not appear to have any other website for contracting, and her LinkedIn page does not mention any occupation outside of her advocacy organization.

Similarly, Hartley quotes the organization’s mission of “realizing the dream of freedom by building intentional, innovative and sustainable systems designed to empower Black and Brown excellence,” without noting that programs designed for “all students” are nowhere mentioned.  He certainly doesn’t report on Freedom Dreams’ vision of “a new liberatarian education system where marginalized youth are empowered to disrupt the same systems that have failed them.”

To be sure, many of us agree that Rhode Island’s school system could use a little disruption, but such language might alert Bristol Phoenix readers to the possibility that there’s something more intended, here, than non-ideological best practices for teachers.

We can (and should) debate whether Simpson-Thomas’s area of emphasis ought to be a priority for the limited time of teachers in a school with 87% white student enrollment, but the demand is for much more than that.  We’re being asked to ignore what is plainly before our eyes and to believe that the desires of “the community” are not expressed by a majority of people they’ve elected to sit on their school committee, but rather by whoever it was behind the scenes that let Simpson-Thomas think the vote of elected officials was a mere formality.