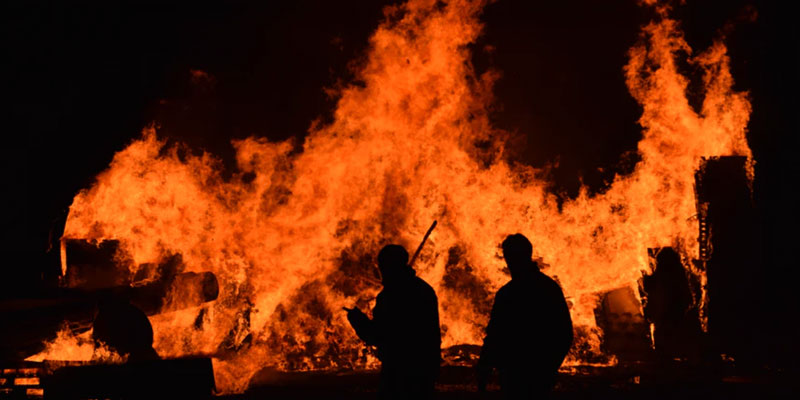 A core error is behind the Left’s promotion of chaos.

Overstating the significance of individuals’ Twitter commentary is an easy pitfall, but Phil Eil is a journalist and writer and so spends more time observing and thinking about the world around him than the average.  The following tweets are likely to be more representative of the progressive mindset than would be the case if it were just Phil the barista:

It is wild to be living amidst a multi-systems meltdown in the United States. Politics. Academia. Pop culture. Tech. Just chaos and dysfunction everywhere you turn.

Not saying that some — even a lot — of this upheaval isn’t overdue and righteous. Just observing the palpable and pervasive sense of uncertainty and instability. Very few things seem solid in this country right now.

These sentences have a cult-like feel, actively undercutting the voice inside the adherent warning that something is off.  “Chaos and dysfunction are everywhere you turn!” says the voice.  “Ah, this is just the storm before the calm,” soothes voice of the cult, echoing Jesus’ warning about the end of days.

The critical difference, however, is that Jesus presented the turmoil and trials as a natural precursor to an event that humanity could not control — indeed, we explicitly cannot know when it will come, much less bring it about.  By contrast, the Marxist-progressive cult has an alchemical expectation; if they actively cause turmoil and trials, the righteous flame will burn away the evils of the West’s foundational institutions.

This is pure faith, not only ungrounded in evidence and reason, but actively contradictory to them.  Human society is not a pure core of crystalized goodness with inhumanity caked onto it and hardened over millennia.  Rather, our institutions cultivate goodness.

In other words, the progressive cult believes that if we destroy what is visible, we’ll see the utopia underneath.  That is dangerously, fatally wrong.  Behind chaos is only more chaos; the flames aren’t burning away privilege but consume the bridges away from disadvantage; and society will only tolerate the destruction for so long before submitting to whatever tyrant proves able to impose order.

Progressives who instigate, rather than merely investigate, know this.  They are simply expecting to be the tyrants and believe themselves to be benevolent.  They, too, are dangerously wrong.  Either they (as proven agents of chaos) won’t be the ones to whom humanity looks for order or they will prove less benevolent than they believe (although excuses for their corruption will be plentiful).

In this, Eil is doubly emblematic.  Not only does he represent the progressive delusion, but he illustrates the clever strategy of the Left.  The journalists, observers, and heralds whom the West has entrusted to warn of coming danger have been convinced that it is not danger at all, but salvation and deserving of promotion.