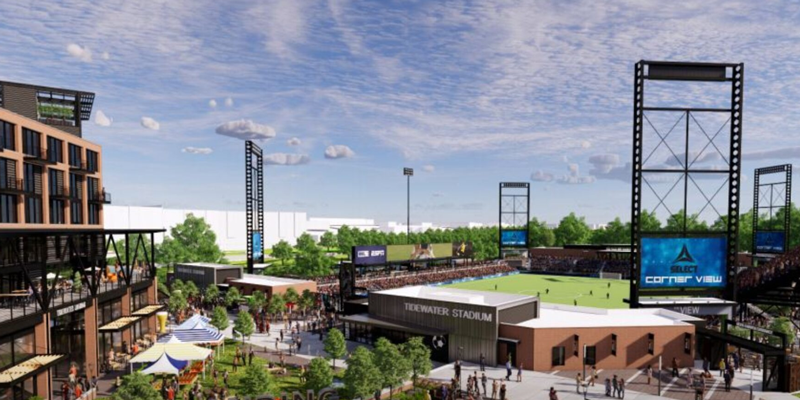 Is anybody surprised the cost of the soccer stadium is going up?

When government officials allow a business to shift its risks onto taxpayers, the people can never be certain about how the costs will be “unexpectedly” driven up, but news like this is a near certainty:

The cost of building a professional soccer stadium in Pawtucket has risen to $124 million, the city said Friday, $40 million more than initially expected.

Supply chain problems and inflation have driven the estimated price tag for stadium construction from $84 million to $124 million, according to a news release from Pawtucket Mayor Donald Grebien’s office late Friday afternoon.

If anything, we should expect “supply chain problems and inflation” to come on top of the cost overruns we should also have considered inevitable.  That is, one suspects that Tidewater Landing is not done with the taxpayers, yet.  Filtering business projects through the government is just a terrible, terrible idea.  The incentives are all wrong.

People operating in the business realm are looking to make money.  While they may have other motives, when the costs start climbing, even as the promised outcome shrinks, they have to seriously consider cutting their losses.  People operating in government are looking for political advantage, and letting go of prior investments, even if the prudent financial move, represents a political liability.  The exception is if a project becomes unpopular for some completely political reason (a sex or race scandal, for example, or environmental concern), in which case the incentive for government officials is to drop it no matter the cost to taxpayers.

Apart from the shift of currency from cash to political favor, the fact is that “taxpayers” are mostly somebody else.  In such circumstances, the question is why we should ever expect a net gain from such projects — certainly not a net gain compared with other projects the resources could have gone toward, including the individual activities and projects of the people from whom the money has been (or will be) taken.