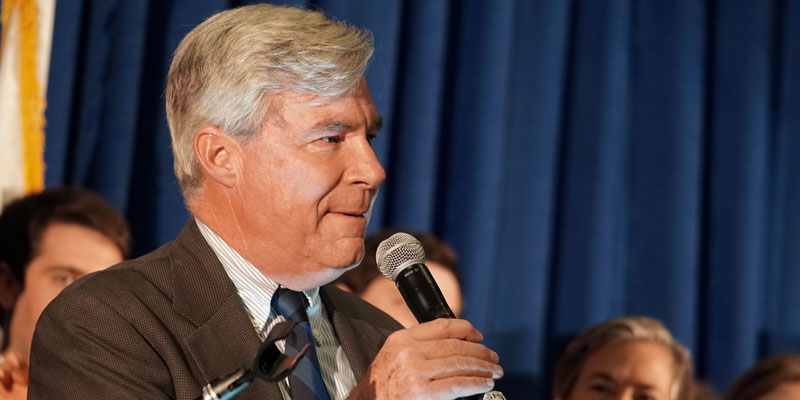 Whitehouse wants a dictator in the White House.

Actually, it’s worse than that.  Rhode Island Democrat Senator Sheldon Whitehouse wants an American dictator who actively harms our country for the benefit of foreign countries that are mostly hostile to us.  Objectively, the malice or mania necessary for a privileged American to make such declarations as the Wall Street Journal describes is something of a puzzle:

The Journal likens the proposition to President Trump’s use of military funds to build a border wall.  While that was arguably an instance of executive overreach, at least its purpose was to defend the country from a wave of illegal immigration so uncontrolled as to be reasonably called “an invasion.”

In this case, progressives want to harm the U.S. (and global) economy by further restricting energy production, which will all but transfer wealth directly to America’s enemies while, as the Journal notes, making Americans suffer in order to compensate for the disregard for the environment of our greatest international adversary, China.

While it’s natural to wonder why Whitehouse so vehemently hates his own country, one must realize that he has lived his life untouchably wealthy and, no doubt, fancies himself “a global citizen.”  Demented fantasies and disregard for human life are, while not excused by that condition, at least explicable.

The real question is why Rhode Islanders hate their country so much as to put Whitehouse in a position of national influence (assuming, of course, that our elections are legitimate).

I am little surprised at this. For other reasons I recently Googled the differences between “left wing” and “right wing”. A strong central government, a dictatorship if you will, is listed everywhere as a component of “left wing” politics.

Just look at Central American and most South American Politics…that is what you see. Something else you see is countries with Dictatorships and Left Wing Politics are usually impoverished…we’re not there yet but the Democrats are doing their damnest to make it happen!