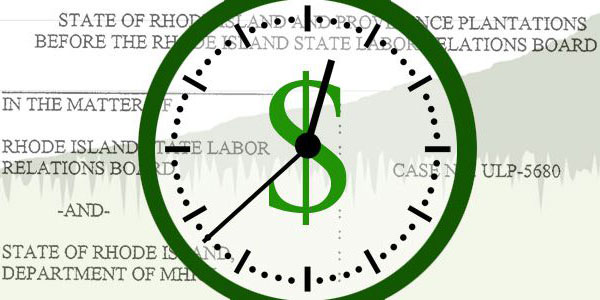 Suzanne bates has another state-payroll-related investigative report on the Ocean State Current, this one covering a job titled “community living assistant.”
These are high-school-educated employees with average regular pay below $36,000, who’ve been able to triple their pay with overtime and other salary enhancements, topping out near $130,000. Their job entails helping the residents of group homes, with at least two CLAs watching over four to six patients on a 24-hour basis. Obviously, there’s apt to be downtime.
Especially notable, in this case, is the role of union rules in driving up the overtime costs. A decade ago, the department attempted to introduce “floaters,” who could cover shifts at more than one of the facilities. The union objected that the strategy wasn’t fair. On the other hand, senior CLAs can effectively “float” around the state… as long as they’re doing it for overtime.
As we continue to sort through the outrageous spending for which so of Rhode Islanders’ income is confiscated through taxes, Suzanne’s doing a great job of filling in the picture of how the game works.
Read here.

One of the objections raised by defenders of the status quo was that firefighters were still on call during the sleep, television, and cooking sessions at the firehouse for which they received overtime pay. I assume many of the same arguments will be raised in this situation. At the end of the day, none of this really mitigates the fundamental public perception problem that You Are Being Paid Overtime to Sleep and Watch TV.
A more rational way to compensate and advertise these positions would be to pay a set annual salary commensurate with qualifications and the applicant pool with the explicit understanding that the position would require irregular hours but carry a number of built-in perks and benefits.

This is, what, the third expose about such crazy compensation for govt employees? A level of compensation completely unparalleled in the private sector, by the way.
This all adds up to a whole lot of money. Yet the Governor still insists that there is no money in the budget to fund bridge maintenance? That simply is not ringing true in light of these exposes.

One of the maxims always pounded on at industrial practices seminars is “Don’t throw labor at the problem”.