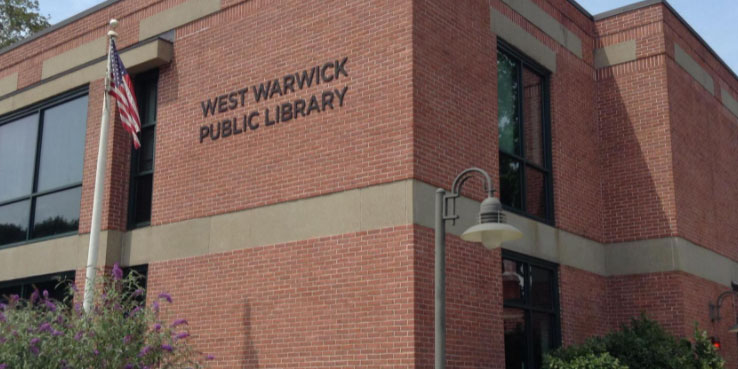 The opposition to the upcoming drag queen story hour in West Warwick was unanimous at the library’s trustee meeting Monday night, according to Larry Gillheeney, on Ocean Stat Current, but the event is still on.  The library’s official statement on its Facebook page raises some disturbing questions:

Over the past few days, there have been postings (principally on social media) that misrepresent the content and the goals of the library’s forthcoming Drag Story Hour, particularly through the use of images that are not relevant to the nature of the program that is taking place. The stated intent of many of these posts – the majority of which seem to originate outside the West Warwick community – is to cancel the event.

Drag Story Hours are a recognized form of library programming for children, supported by the American Library Association, and this sort of story time has taken place at other public libraries in the state and across the nation. The event here celebrates Pride month, and will consist of guest readers in costume – both of whom have lead story times in the past – reading children’s books to children and their accompanying parents. The message we are hoping to get across is that people are different, and that difference shouldn’t be a reason for teasing or bullying. Our special guests do appear before a range of audiences, but in this instance the program content will be appropriate for the age group concerned, will be guided by professional Youth Librarians, and will not pertain to issues of religious belief or affiliation. We will be partnering for this event with West Warwick Health Equity Zone (who are funding the program), Youth Pride RI and PFLAG of Greater Providence. We are offering two time slots for parents and children to register for the event on June 26th, and the first of these is already at capacity.

This year we were proud to be one of just 15 libraries nationwide to be a named a finalist for the National Medal for Museum and Library Service by the Institute of Museum and Library Services. We are the first library in the state to be so recognized since 2001, and this honor redoubles our commitment to provide exemplary library service to all of our patrons. We recognize that not every program we offer matches the interests or the values of every member of our community, and that patrons may or may not attend at their own discretion. We will, however, continue to ensure that issues of equity, diversity and inclusion inform and enrich everything that we do. Our message is simple – Libraries are for Everyone.

The overall claim is that official library organizations approve of these activities and that the goal is to show that people are different and “libraries are for everyone.”  We can say with some certainty, however, that the inclusive message is entirely disingenuous.  If evidence emerged that a speaker at an event for children had posted white supremacist materials on social media, would the trustees stand firm on the claim that it has nothing to do with the actual event, which will be tailored to the audience?  Of course not.

Moreover, a review of the library’s calendar finds not a single bit of evidence that the trustees want to convey inclusion of religious people (let alone Christians) or conservatives.

The approval of library-related organizations is simply evidence that they are part of the Left’s great march through the institutions.  Naturally, as much as libraries have become repurposed to spread progressive ideology, their supporters still want the rest of us to heavily subsidize their activities.  The West Warwick library receives more than $160,000 in direct aid from Rhode Island taxpayers every year.