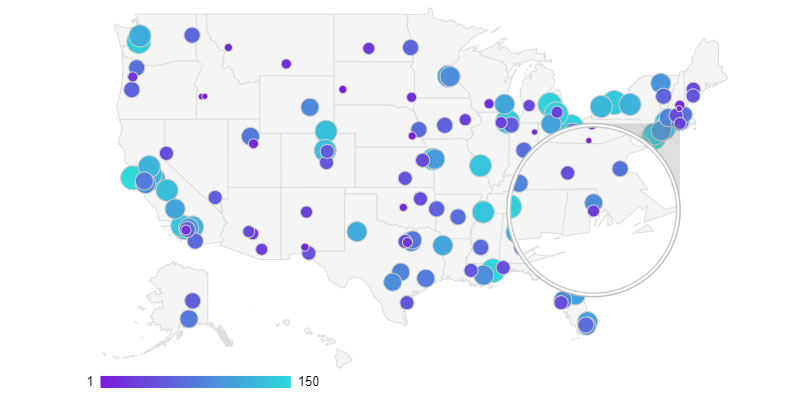 Where Providence is run poorly is where it matters (and Warwick, too).

On first look, Rhode Islanders might not be inclined to despair that our capital city ranks 89 among 150 cities reviewed for on the WalletHub list of “2021’s Best- & Worst-Run Cities in America.”  Our state has been run so poorly for so long that being (roughly) middle-of-the-pack on a list is something of a relief.  Residents of Warwick might be downright giddy that their city came in at 30.  But look at the details.

The quality of the services that Providence offers came in at 116th on the list.  The city is saved because the size of its budget per capita was 72nd.  The city does things badly, but at least it only takes an average amount of money to do it.  (Warwick’s quality was 26th, and its per capita budget was 43rd.)

Deeper details make things even less encouraging for Providence.  Here are the ranks for each category:

Providence is a bottom-10 financial mess, its education system is a disaster, and its economy is languishing.  As we typically see on these lists, what saves our state is that we tend to be healthy and peaceful around here, which is arguably cultural, not a function of government operation.  The infrastructure and pollution rank can be discounted for similar reasons.  The size of the state and the fact that its economy is relatively inactive make it easy to get places.  It would be interesting to see the score for the direct government responsibilities, like quality of roads.

As one would expect, Warwick does better, but with a couple big red flag:

Somehow the 30th best-run city has the 49th worst fiscal stability.  On infrastructure and pollution, it’s possible the problem is the lack of opportunity nearby, requiring commutes as far as Boston, and public transportation is obviously less available than it is in Providence.

The good news is that Rhode Islanders can probably fix what’s wrong with our government while enhancing, rather than inhibiting, our areas of strength.  The fixes are also generally pretty obvious.

The overriding bad news, however, is that special interests’ power so dramatically overbalances their opposition’s and the general public’s political will that the likelihood of fixing anything is next to nothing unless attitudes change in a big way.