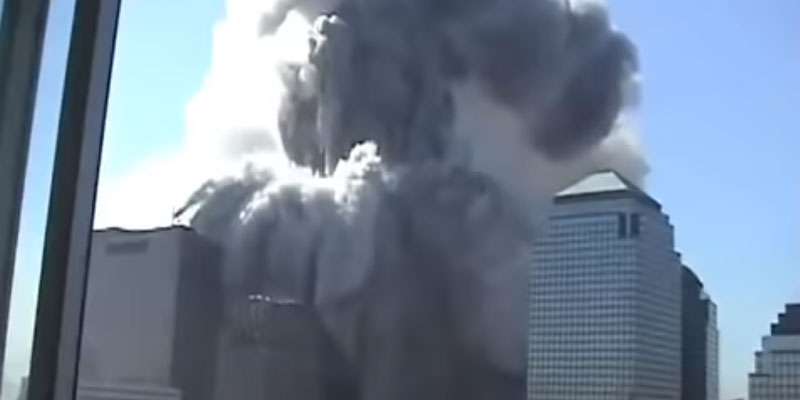 A Lingering Lesson from 9/11: Think for Yourself.

For many Americans, the world changed the moment on September 11, 2001, Todd Beamer told his fellow passengers on Flight 93, “Let’s roll.”  One of the men who joined him was Jeremy Glick, whom I knew a little growing up.  He was five years older but still part of a local wrestling program and, separately, a judo dojo in which I was enrolled.

I was very young and may be misremembering, but I think Jeremy played a role in the clearest lesson that stuck with me from wrestling.  The coaches started a smaller wrestler underneath the heaviest kid in the group, and the lesson was that, by force of will, anybody could break free from a captor, so to speak.

What changed with “let’s roll” was that the hostages took action.  Before that moment, the expert wisdom was to sit tight and wait to be ransomed.  Thanks to the still-new technology of mobile phones, however, the men on Flight 93 realized the rules had changed, and they were bound for death.  That made fighting back the best option, at least to foil the plan for the sake of others, even if survival was impossible.

Settling a question that arose while my son and I discussed 9/11 last night, I learned that 15 people above where the planes hit actually survived. One of the six stairways that went to the top of the buildings had been sufficiently protected by the elevator machinery to remain passable.

However many people were there above the plane-driven hole in the South Tower, which was the second tower hit, but the first to collapse, only 15 took the stairs down.  More could have done so, but who would have thought the buildings would fall?  The expert wisdom was to sit tight and wait for the professionals to put out the fire and contrive a safe escape.

Brian Clark was one of those 15 and gives a fascinating view into what it was like above the impact.  (Note that the text is jumbled up, so following the narrative requires skipping sections.) Clark chanced to pick the passable stairway, but as he began the descent, some people were heading in the other direction, saying they had to go up because there was too much smoke and flame below.

That made sense under the old paradigm.  If survival is just a matter of waiting, get away from the danger zone.  (And maybe there’d be helicopters on the roof.  I remember wondering where they were.)

As the twentieth anniversary of that day has neared, news arrived that more people have died from the toxic atmosphere that lingered around Ground Zero for weeks than died on the day.  The federal Environmental Protection Agency had assured people that the air was safe to breathe, but people who lived and worked there sensed something wrong with that “smell of death,” which would produce spontaneous nosebleeds.

When the North Tower collapses about 20 minutes into a video taken by a nearby resident, somebody closes the apartment window and a woman watching the cloud come their way asks, “Is it dangerous?”

Yes.  Of course it was dangerous.  It was a big cloud of pulverized construction materials and electronics.  But who thinks of those things?  These days, a cloud like that fills me with dread because of the years I spent considering what was in the air around me as I demolished and rebuilt old houses in Newport, but on that day, I expect I’d have thought of the smoke essentially as an irritant.  If officials announced that the air was safe to breathe, I’d have assumed they’d done extensive testing and measured it against some established standard.

The world doesn’t always work like that.  Caveats and disclaimers get lost as the wisdom spreads.  Personal incentives and decisions about tradeoffs play some considerations down while playing others up.

We have to remember, of course, that inherited wisdom is often correct, and in a complex reality with countless inputs and stimuli constantly attacking our senses and our thoughts, we have no choice but to consider some things as settled… simply because.

But there is a risk of complacency.  Something you think you know — something the experts insist is true — might not be correct or might not apply to a new situation.  We always have the obligation to think for ourselves and then to roll with our conclusions.