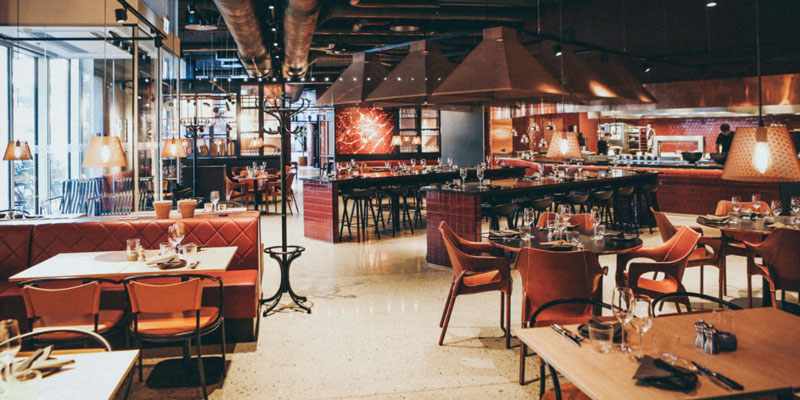 You can’t think too hard with the progressive sales pitch.

It’s hard to know how much to debate an essay like Greg Brailsford’s on his site Uprise RI.

The entire thing is stale propaganda.  It’s a sales pitch.  He’s selling you something.  You can see it in every sentence.  It jumps out even in a side note about how he caught COVID despite being fully vaccinated, which he proclaims to be a reason for everybody to… get vaccinated.  To be clear on this point, the numbers suggest vaccination is worth doing, but only a progressive/socialist could follow a description of his horrible experience with a breakthrough COVID infection with the sentence: “I cannot fathom why anyone would prefer this aggravation over a harmless vaccine, but just like with capitalism, the media holds far more sway over certain types of people than we realize.”

This is similar to his argument that restaurants could pay more money to attract workers and improve your experience dining out.  His explanation for restaurants’ being short staffed is a ” lack of wanting to pay wages that would bring in staff.” In his view, it’s simply obvious that restaurant owners are so doggedly opposed to exponential pay increases for their employees that they’re willing to go out of business, presumably to live off that huge pile of money they were sitting on while their business languished.

What he doesn’t bother to address is the cost of your meal.  Sure, maybe an entrepreneur who made a fortune when he was young and now spends his time promoting socialism can afford for his night out to double or triple in cost, but most cannot, which will mean restaurants will… go out of business.  But if only they’d vaccinated themselves with higher wages!

But arguing against these exact arguments got old and boring for me some 15/20 years ago.  What’s interesting, here, is the casual extremity and the LOL line from his sales pitch that I’ve emphasized in this passage:

Capitalism for the vast majority of working Americans is not a whole lot different than slavery. We are told America is a “free country”. But are you really free if, for five days a week – 260 days every year, you spend the better part of each weekday helping somebody else make money? If you quit working tomorrow, would you be able to feed your family and provide a roof over their head? If the answer is “no”, you are an unwilling slave to capitalism.

There’s the pitch.  Vote progressive and you can quit working and still feed your family and pay your rent.  Who will pay it?  Kind of like the supposed ease of exponentially increasing waitstaff pay, he doesn’t say.  Who will produce the goods and work the jobs?  Again, he doesn’t say.  Don’t look under the hood; concentrate on the shiny paint.

It’s a scam.  The only question is whether Brailsford really believes this stuff or just expects his readers to be that foolish so he can profit from what he’s selling somehow.

Want to know what system really does allow you to quit working tomorrow and still feed your family and provide a roof over their head?  Capitalism.  Why?  Because it generates enough wealth and opportunity that you can easily find another job or perhaps start your own business and employ others.

If paying restaurant employees more is the obvious solution to staying in business, then savvy business folks ought to be jumping at the chance to corner the market.  They can’t do that, first, because the progressive/socialist claim is a lie, but also because regulations and taxes imposed by progressives/socialists make true the fairy tale that only a special group of people can accomplish such things.

My local Dunkin has a sign that it is hiring at a little over $16.00. Makes me wonder about the necessity of tipping. Seems to me that an average level of tipping would bring it up to $21-22.00.