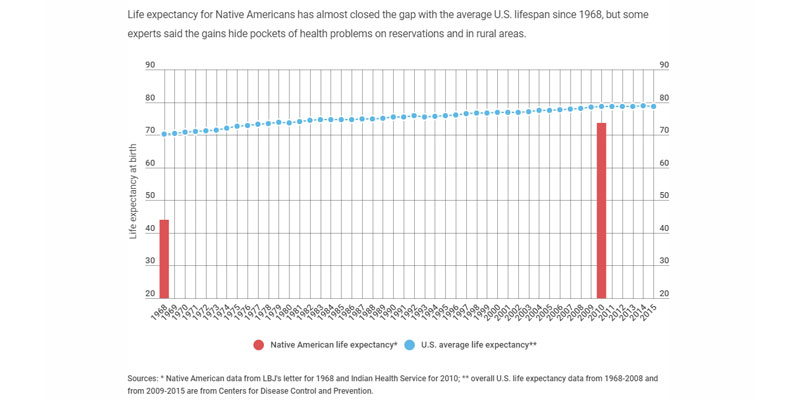 At the risk of expressing a forbidden opinion, this is not a healthy perspective:

Even if Indigenous people spend Thanksgiving with family and festivities, [Tomaquag Museum executive director Lorén Spears] said, “They still know that this isn’t always a happy time for us because it reminds us of all the trauma and loss that our communities have felt due to the conquest that took place here and how it still affects us today economically: Health disparities, educational disparities, the list goes on.”

We should absolutely learn about and remember the past, but reifying it for decades or centuries — making it a tangible thing in the here and now — only prolongs its effects, affecting health and, certainly, education.  Just so are surveys finding younger sexual minorities’ false reification of past discrimination is having harmful effects on their health and success now.

We can observe a similar principle in our personal lives.  Unfortunate things have happened to all of us, whether physical, mental, professional, or interpersonal, but those things are part of the path that brought us to where we are, which can conceivably be better than where we otherwise would have been.

After all, Spears is appearing on a podcast on the Internet, sharing her ideas with many more people than would have been possible just a few decades ago, let alone the centuries before Europeans traveled to the Americas.  Yes, the life expectancy of Native Americans is lower than for non-Hispanic whites (78.4 years, versus 80.6 years), but that is up from a gap of nearly 30 years since 1968, when the numbers were 44 years for Native Americans and 70 years for the overall population, as illustrated by the chart in this post’s featured image.  A chart comparing whites and blacks suggests this trend goes back much farther.

It is a tragic note of history that humanity was so slow to value human life and foster a sense of the common cause of all humanity, and we shouldn’t hide that reality, but valorizing the harms humanity’s moral lethargy did to our ancestors can only slow down continued progress.