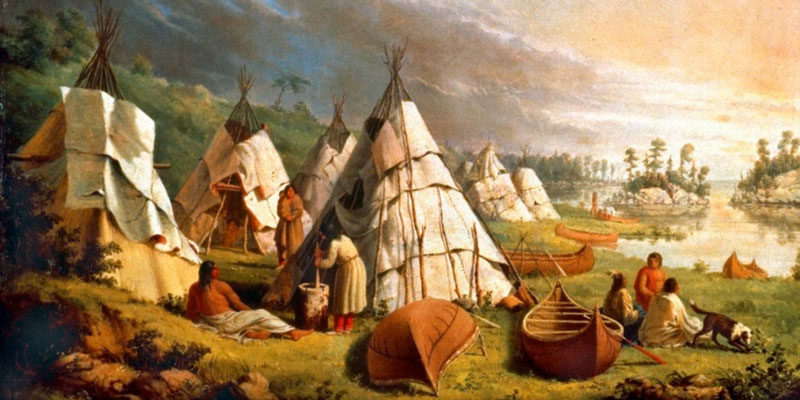 The URI President’s Questionable Claims About Farming and “Unceded Territory”

In the public debate, particularly when we get into moral questions near and dear to activists, claims seem to work their way to being common wisdom inexplicably.  Assumptions become assertions that this or that thing ought to be done, but with no explanation as to why.  Even more, when the people making assertions are academics, our society still tends to assume there’s some basis for their claims.  (This tendency is fading too slowly, but it’s fading.)

While filling in for Dan McGowan on the regular “Rhode Map” column in the Boston Globe, Edward Fitzpatrick offers “6 things we learned while running 6 miles with the president of the University of Rhode Island.”  Three of them are personal information about Marc Parlange, which we’ve no basis to question.  One of the six items is about URI’s requests for Rhode Island’s federal COVID windfall, which is a whole separate topic.  But the other two items both include claims that deserve to be questioned.  Here’s the first:

While running past URI’s Peckham Farm , Parlange pointed out the site of a proposed 60-acre greenhouse and agricultural innovation center that he said could grow 10 percent of the vegetables eaten in the state each year. While that plan has drawn some opposition, he emphasized that Rhode Island is now only producing 2.5 percent of the vegetables its residents consume. “So we are a big importer of veggies,” he said. “That is not sustainable.” Some day, he said, the state could grow 100 percent of its own vegetables.

Why is importing vegetables “not sustainable”?  If it’s easier and cheaper to grow vegetables outside of Rhode Island, the claim would arguably be more rational that it’s unsustainable to produce any of our earth-grown diet in the Ocean State than implying that we should endeavor to grow all of it here.  Sure, we could say it’s important to diversify our sources of food in case we are somehow cut off from places that are better suited for farming.  We can cite various other reasons we value farming in our state, from ambiance to maintenance of some level of homegrown expertise.

But the claim that sustainability creates an imperative to push toward being veggie self-sustaining reeks of ideology and self-interest.

The second Parlange claim worth challenging comes with this:

We also ran past the future site of the Tomaquag Museum, which plans to build a new facility on 18 acres owned by URI. And he noted that URI just began offering scholarships to undergraduates who are federally recognized members of the Narragansett Indian Tribe. “We recognize that we are on the traditional and unceded territory of the Narragansett First Nation,” he said.

Wondering what “unceded territory” even means, I came across an interesting post by Canadian Rob Chipman, who asks and answers just that question.  In Canada, at least, it appears that the government has created a legal condition in which it affirms that it may not have gained clear title (so to speak) to land that it then sold to settlers some centuries ago.  That might create a legal mess, but at least one can make the case that “unceded territory” does exist on our continent.

Human nature being what it is, however, we have to keep open the possibility that the President of the University of Rhode Island has picked up a term that applies in Canada and is creating doubts about the validity of his own institution’s land ignorantly and for no good reason.  Indeed, his reference to “First Nation” suggests he might be confused, because that term (which is also used in his prior home of Australia) is common in the country to the north of the United States.  If he’s colloquially adopting a legal term and conflict that doesn’t apply in Rhode Island, however, that’s a reckless thing for a new chief executive to do.

Per the university’s own “detailed history,” Kingston farmer Oliver Watson sold the land for the university in a legitimate way in 1888.  How the Watsons got ahold if it isn’t as easy to learn, but a history of the area by Sandy McCaw of the Southern Rhode Island Chamber of Commerce describes a very different set of transactions than in Canada.  Much of the land in the area was indeed transferred from the Narragansett sachems through one deal or another.

Anybody inclined to argue that it isn’t clear the land was those sachems’ to negotiate away must either to point to an alternate owner or concede that ownership wasn’t a truly applicable concept at the time, having mainly to do with a family’s having settled territory and thereafter defended it.

It may be that farmer Watson’s family acquired the land through some less-well-documented means, but that’s a case to be made, not a fact to be asserted by somebody whose professional obligation seems more reasonably to be defending the university’s legal interests, not undermining them.

Whatever the history of the property may be, it’s not Marc Parlange’s to cede away.

“Sustainable” farming. Many/most of the “real” farmers left Rhode Island for the Mid-west in the 1850’s.

How about an “unceded” holy territory? – Anchor Rising

[…] time you hear some progressive talking about “unceded territory,” ask him or her about the Temple […]