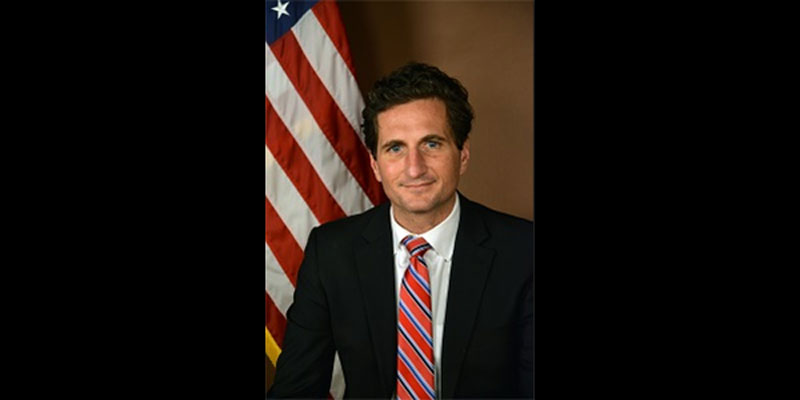 Filippi was right to resist the lure of a relatively open campaign space.

Representing the People of Charlestown, Block Island, South Kingstown and Westerly is the best job, one which I hope to continue in the years ahead.

I look forward to helping the Republican nominee for Governor, and all Republicans up and down the ballot, in 2022.

Being a legislator is a very different job from being governor, and he’s doing it well.  He’s apparently enjoying it.  And it isn’t necessarily a qualification, on its own, for becoming a chief executive.  (Just look to the White House for evidence.)

One of the many challenges facing the Rhode Island right is that there are just too many open seats, so it’s too easy to go from nowhere to the highest-profile races on the ticket.  People considering politics may only be ready to dip their toes in, but the incentives often push them all in.  That’s an urge that should be resisted.

Republicans in the Ocean State should be deliberate in focusing on candidates as individuals.  If they’re happy where they are, leave them be.  Let them grow into the roles with which they’re comfortable and draw them into a network of support that may reduce the disincentive for others to enter the ring.  Knowing that Filippi is available for support on the campaign trail and then once in office is preferable for potential contenders to thinking he’ll be a competitor.

That’s not a statement of impossibility, however.  Donald Trump won 199,922 votes in Rhode Island last year, which was up from 180,543, which was already more than any Republican presidential candidate had earned since Ronald Reagan won the state in 1984 with more than 212,000 votes.  Between Trump’s two campaigns, Gina Raimondo won the governor’s office with 198,122 votes, which was only slightly higher than Republican Don Carcieri’s reelection win of 197,306 in 2006.  Both reelection totals were significantly higher than any governor races in the state since Democrat Bruce Sundlun’s 264,411-vote blowout in 1990.

In short, there is absolutely a path to the governor’s office for a Republican based only on the numbers, but the pain of achieving it would be immense.  Why?  Because Democrat activists and the statewide news media will make daily life absolutely toxic for anybody who attempts to build a conservative coalition.  There is no reason a candidate for governor couldn’t appeal to both Trump fans and Trump haters, but activists and journalists will work incessantly to prevent it, amplifying the innate skepticism and hostility Republicans have long faced in the Ocean State.

So, Republicans shouldn’t worry about what they can’t control.  If somebody worthwhile decides to run for governor, great, but their focus ought to be on reinforcing what they already have and building up an alternative political and media support structure.  Unfortunately, the incentives and politics aren’t very good for that effort, either.