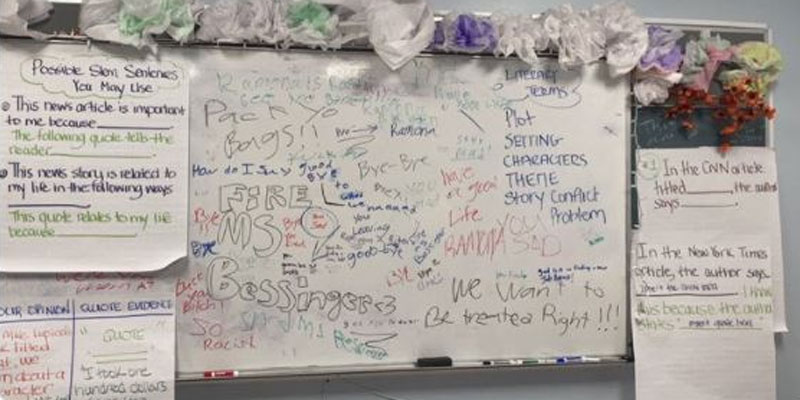 How is the Rhode Island Foundation permitted to push racist policies in Providence schools?

Lean back a moment and clear your eyes.  If you’re older than thirty, recall lessons you learned when you were young — that it is always wrong to discriminate against people based entirely on the color of their skin.  Now read this short paragraph:

One of the [Providence school] district’s current incentives, which will continue next school year, is up to $25,000 in loan forgiveness for educators of color. The money is provided by the Rhode Island Foundation.

How is it Constitutional for a government agency to use a private activist organization’s dark money to provide different employment benefits to different teachers based on race?  How does anybody see that as okay?

Worse, the paragraph appears in an article about the dire lack of teachers in Providence schools, forcing the state (which is currently running the district) to offer a variety of financial incentives.  Well, the teacher shortage can’t be too much of a crisis if promoting the racism of Rhode Island Foundation donors is more important than hiring qualified teachers.

Light-skinned teachers may be thinking twice before binding their careers to an organization that prioritizes racism.  Sure, the signing bonuses are piling up across the board, but it’s clear that white teachers are considered to be of lower value than their peers of color.  (Perhaps “peers” isn’t the correct term, because they clearly aren’t seen that way.)  Any given year, this attitude could result in a policy that makes the discrimination more pronounced and impossible to live with.

Moreover, this sort of favoritism often comes with a danger for the disfavored that they’ll be targeted for one wrong word or targeted for personal reasons but with race as the excuse.

What sort of group mania has captured us that such policies hardly raise an eyebrow?