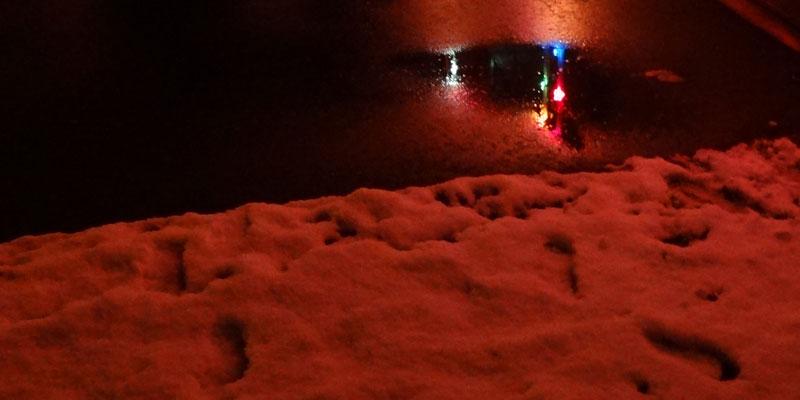 Recently, my chief distraction has been contemplating the construction of reality, especially around the point at which the objective rules that govern the interaction of materials make a leap and become the subjective intentions that beget the actions of entities.  This seems to me to be the exact point of conflict between those who investigate the universe to understand why the rules require this reality and those who believe that beings observe Creation as this rather than that for the reason that the beings are that way.

I expect that normal people (a group from which I cannot do otherwise than exclude myself) will find the above paragraph to be a string of words without meaning or relevance… although they might intuitively feel that such contemplation is a step up from 2048.  I did not expect, however, to wake up on the day before Christmas feeling… bland.

All my existential contemplation over the past several months, meandering through the substance of quantum particles as well as the metaphysical origin of existence as an abstract concept made real, has not only enhanced my facility for meditation, but has also reinforced my Catholic Christianity.  One would think such advances would elevate a celebration of God’s birth as a human baby into emotional radiance.

My first thought upon recognizing that emotional radiance had not appeared was that my Christmas habits must be insufficient to capture the fulness of meaning.  That is surely a deficit to work on going forward.  It’s a Wonderful Life is a great movie and a well-spent couple of hours every Christmas Eve, but a satisfactory representation of the Incarnation, it is not.  Superficially, I wished I could find a new movie but could think of none.  What I wanted was the feeling of magic, and even the idea that pre-recorded video could generate such a thing felt off.

This is the problem we face — as individuals and, we’re discovering to our detriment, as a society — when we feel like we’ve figured something out.  It ceases to be magical.  We know the trick.  Making a candle burst into flame with a mere thought would be magic.  Using a cheap plastic lighter for the same purpose is not.

I think that’s what magic comes down to:  the power of intent.  Knowing how to make something unlikely happen simply because you want it to happen is knowledge of magic.  Obviously, that means a sense of the magical requires a sense of another person making the thing happen.

Seen this way, that “blah” sensation we sometimes have is the feeling that we’re not connecting with other people in a meaningful way and, more broadly, that there is no intent — no person — behind the universe.  In this, the surest signal of another person really being there is surprise.  If things become less magical in proportion to the extent that we understand how they work, it follows that they become more magical when we have no explanation other than somebody else’s desire that they be so.

The savior of humanity’s quietly arriving in an animal keep to unknown parents far from their home, heralded only to some nearby shepherds and drawing three mysterious men from a distant land, is pretty inexplicable.  Even if you’re pretentious enough to think you’re on your way to figuring out the secrets of the universe, the mechanism doesn’t explain the details.  Knowing how something could have happened is not the same as understanding why they happened the way they did — why this time and place and those people.  The answer, there, is simply that Somebody wanted it that way.

With that sort of magic in mind, one might even tear up at the generous gratitude of George Bailey’s community for the quintillionth time.