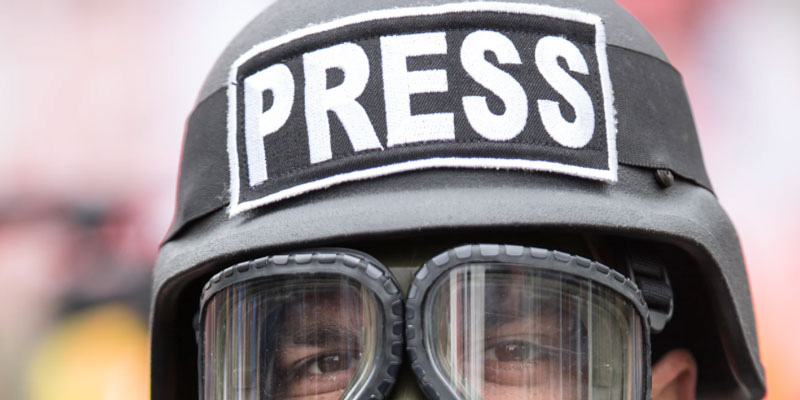 From whom is more pay for journalists owed?

Bethany Feudenthal, who writes for the Newport Daily News, has been commenting on her low rate of pay, with social media posts such as this:

I might be controversial at times, like last year I posted my W2’s on social media, and yesterday I posted my pay stub from last week. Journalists write about public official’s salaries, but we rarely talk about our own. Journalism is a tough job. We deserve fair pay.

She makes a fair point about pay.  Informing people about their communities and their government ought to pay well.  It ought to be an area of such broad and concentrated interest that its practitioners stand toe-to-toe with, say, teachers and college professors.

The thing with “ought to,” however, is that the phrase comes burdened with questions about why the desired condition isn’t already the case, who is responsible for the fix, and what process can bring about the solution without doing more damage in some unintended way.  These aren’t easy questions to answer.

Here’s the bottom line:  The market for traditional news is not what it used to be (especially because it is no longer needed as a source of entertainment), and the number of people who want to provide it — with varying degrees of opinion mixed in — is so huge that many are willing to do it for free.  Furthermore, the opportunities for businesses to advertise and otherwise promote themselves are now nearly limitless, not only in terms of advertising, but also spanning to earned-media hits, viral campaigns, promotional items, and more.  The reality of news organizations has simply changed.  They are no longer at a naturally limited bridge between the demand for advertisers to reach an audience and the demand of the public to fill time, partially by paying attention to what’s going on in the world around them.

So, “ought to” is a problem.  In the old model, news organizations’ client landscape was pretty much split between the people who subscribed (and thereby gave them an audience) and the people who advertised (seeking access to that audience), with respect and credibility bestowed by those who wanted to be covered, understanding that those who had access to an audience held the advantage.  Now, the readers are no longer convinced of the value of paying for the product.  The advertisers are no longer convinced of the value of the space, compared with other options.  And many of the people desiring coverage (particularly in government) can access audiences directly and have realized that they have something marketable for which the reporters ought to pay with generally positive coverage.

Don’t forget, by the way, that we used to have a cultural understanding that (1) advertisers, which used to include want ads and classifieds, weren’t necessarily endorsing anything that might be published in or endorsed by the publication and (2) the news organizations weren’t implicitly endorsing the products, services, or advocacy whose ads they took money to publish.

So, who “ought to” fund the news?  The question has become especially difficult as it is ever-more obvious that the providers are almost universally biased toward a particular party and a particular ideology.

Some say the government, which would only increase officials’ expectation of positive coverage while decreasing the audience’s trust.  When I attempted to draw an answer from Feudenthal, the answer seemed to be non-profit donors, which means journalists would be bound by the often-ideological demands of the people writing the checks.

Maybe a new market of ideologically funded, free-to-the-reader news would serve modern purposes in a community that’s reasonably well balanced, politically.  In Rhode Island, however, it would be tantamount to adding sandbags to the already-dragging side of the ship.  Around here, that sort of press will be (arguably, is) merely part of the insider class.

In that case, the statement that journalists “ought to” be better paid is little more than a negotiation stance among insiders for a larger piece of the take from a paying audience that is increasingly held captive at the point of a government gun.