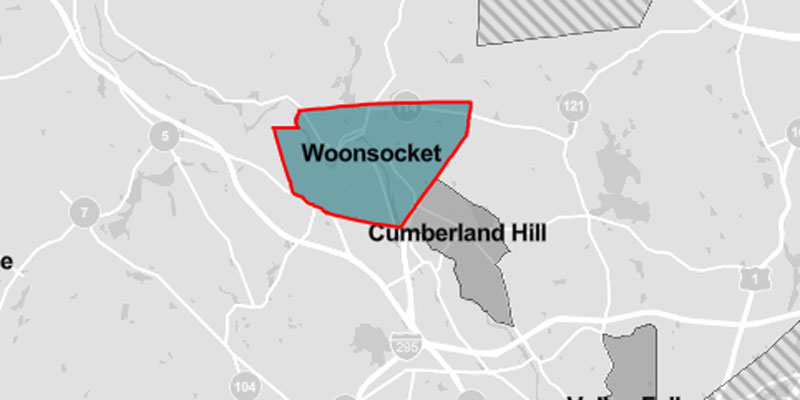 Stories like this, by Kavontae Smalls in the Atlanta Black Star, should be a more prominent part of local news, giving us all an opportunity to acknowledge and admire the achievements of those with whom we share a corner of the world.  Woonsocket sophomore Mariam Kaba has been awarded a $25,000 scholarship and given $1 million to spend helping people in her community.  Except… the award has been served up with divisive rhetoric and false talking points, contributing to a harm that is potentially much greater than whatever hardship $1 million can alleviate in the short term:

Kaba says she experienced the disparity in resources firsthand when she attended a predominantly white high school in Cumberland, Rhode Island, where the median household income exceeds $96,000 according to census data.

“Cumberland is predominantly a white city, and their city is so clean and furnished, their education is like a hundred steps ahead of us, so me coming back here is like, Woonsocket is a low-income city, we’re a predominantly minorities, look at our education, look at what we’re learning, we’re so behind,” Kaba said.

The story can’t simply be that different communities have different resources, and we should work to minimize the effects of disparity on the children of each.  No.  It has to be framed as white people versus non-white people.  Implicit racism must be implied.  Naturally, in finding the cause so easily, advocates allow themselves never to address deeper problems that affect education and income.

Even within the article, readers have reason to question the narrative. Scroll up from Kaba’s assertion about Woonsocket’s being “predominantly minorities” and you’ll find this:

Woonsocket mirrors the state’s population demographics with a Black population around 8% and more than 80% white.

The narrative relies on word games.  Racism must be the cause of disparities, so “low income” must be synonymous with “predominantly minorities,” and so all the white people of Woonsocket simply have to evaporate.  They cannot exist.  (They certainly cannot be given any special advantages that might help them close “wealth, employment and education gaps,” because every poor white person who gains wealth makes it more difficult to achieve racial equity.)

To be fair, Smalls’s numbers may be out of date.  The latest Census numbers put Woonsocket at 70% white.  That is a smaller majority than Cumberland’s 88%, to be sure, but it’s still substantial.  “Predominant,” one might say.

To be even more fair, Anchor Rising’s People’s Data Armory shows that the racial difference between Woonsocket and Cumberland is larger at the school level.  Cumberland’s white students continue to account for a 74% majority, whereas Woonsocket’s are only the largest minority (in the statistical sense), with 42%.  However, the charts show that this is a relatively recent change, while the wealth difference between the towns is not.  The difference in percentage of students eligible for free or reduced lunch (FRL) has not tracked with racial makeup.

The story we are being told, even in feel-good stories about student achievement, is false and malicious.

Featured image from the U.S. Census.

Kaba’s narrative has very poor grammar, and repetitive use of “is like”. Makes me wonder how she qualified for a substantial scholarship.