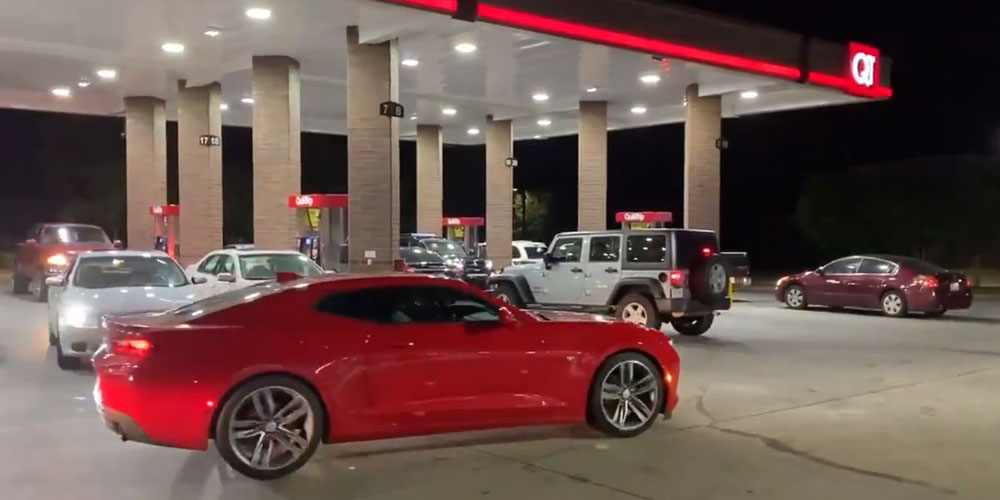 The economics are important to consider when undercutting gas prices.

It’s nice of Tiverton gas station owner George Alzaibak to take 50-cents per gallon out of his own pocket and give it to drivers, although one could argue that he’ll be able to write it off as a marketing expense.  However, before joining the pop-radio show hosts in calling for a revolution in his image, we should consider the economics:

“This narrative is totally wrong,” Alzaibak said. “I’m making 31 cents on the regular and 60 cents on the diesel. I’m not losing, sir.”

Alzaibak explained how the majority of gas stations are choosing to “gouge” their prices to capitalize on the gas shortage, but he decided he wasn’t going to play that game anymore.

For context, Alzaibak’s station is a good distance off Route 24 and is one of two stations near each other that serve just about everybody who lives south of there, so it isn’t clear how much elasticity exists in his market.  That is, he’s not well positioned to attract business from beyond his usual market, and at the same time, the distance to competitors probably reduces the likelihood that he’ll lose customers if he’s reasonably close to the regional average price.

So, what happens when he undercuts his competitors by that much?  He’ll probably take business from his nearest competitor (or force them to take money out of their pockets, too).  He’ll have the same effect on the station in Massachusetts right off the highway down the road, but to a lesser extent.  Then he’ll run out of gas, and they’ll be able to raise their prices even more.

When he orders gas more quickly than expected, he’ll send a signal to the market that demand is up, which means prices will go up.  After all, if his suppliers are going to give him the gas, they can’t give it to somebody else, and as he says, those competitors have plenty of margin for the supplier to bid up the price they charge.  As long as consumers are willing to pay (or have no choice), the retailers will simply pass on the additional cost in order to keep their profits.

Prices are not an individual decision.  They represent the balance of how much the market is able to supply and how much consumers are willing to pay.  That is, they are a signal of the value of a good or service in a particular place at a particular time.  When prices go up — regardless of who gets to keep the extra, if anybody does — it sends a signal that consumers should conserve and that producers should find ways to supply more.  After all, it becomes more valuable for them to spend their time on that project versus others.

Alzaibak acknowledges the gas shortage, which means producers are having a hard time on the supply side.  Yet, by selling gas under the market rate, he’s allowing consumers to avoid the need to conserve.  If other stations do join him, the shortage will get worse, inflation on all other products will accelerate, and people will suffer more.

As an individual, George’s decision may be a nice gesture, but applied broadly, it would be harmful.