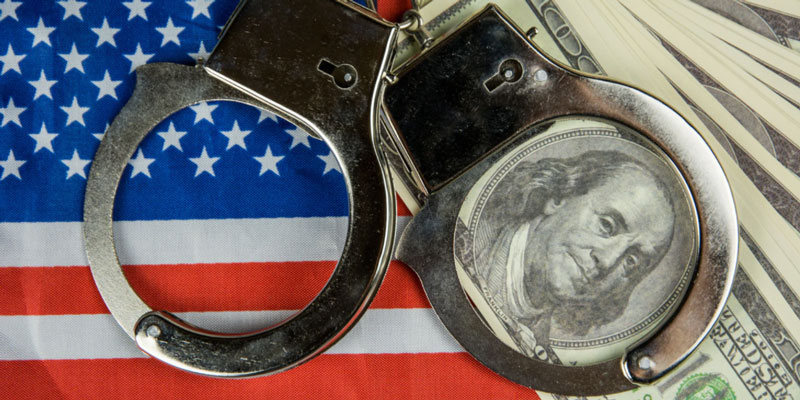 The federal government is sowing the seeds of our division.

I’m midway through reading a book about the psychology of changing your mind, and the author apparently sees understanding the subject as an important tool in overcoming our polarization.  I’ll have much more to say about the book, no doubt, not least to suggest that increasingly subtle psychological manipulation may be causing the polarization.  After all, the target of the techniques, even if they work, may feel targeted and generally lose trust in reality.  On the other side, a movement has to be pretty confident in its righteousness in order to self-justify manipulation and, where it fails, can feel the recalcitrant opposition is something other than human.

Be that as it may, with the federal government currently performing one of the dances by which the permanent uniparty continues to grow its budget, we should consider a more practical reason we’re so divided.  For that purpose, I’ll hearken back to a 2021 commentary by Betsy McCaughey concerning the Democrats’ Build Back Better bill:

Now, Build Back Better is funding an even wider array of organizations. It allocates a whopping $5.7 billion “for community-led projects to stabilize neighborhoods.” Translation: rallies and legal action to stop gentrification and “displacement.”

I watched this happening in real time during Obama’s reign.  The federal government gave money to state and local governments with the requirement that they hire approved advocacy groups to do the analysis (or whatever it was).  Billions of dollars have been flooding into the bank accounts of activists.  At a minimum, it keeps them flush and free of the burden of finding other work.  More broadly, it gives them money to throw around and multiply themselves.  I’d surmise, too, that federal money is helping to fund the research in how to psychologically manipulate public opinion for progressive ends.

These practices must stop.  Depressingly, however, a string of revelations show the consequences for those who might disrupt the scheme — from the IRS’s targeting of Tea Party groups to the reaction to President Trump to the government’s involvement with social media censorship and propaganda to much, much more.