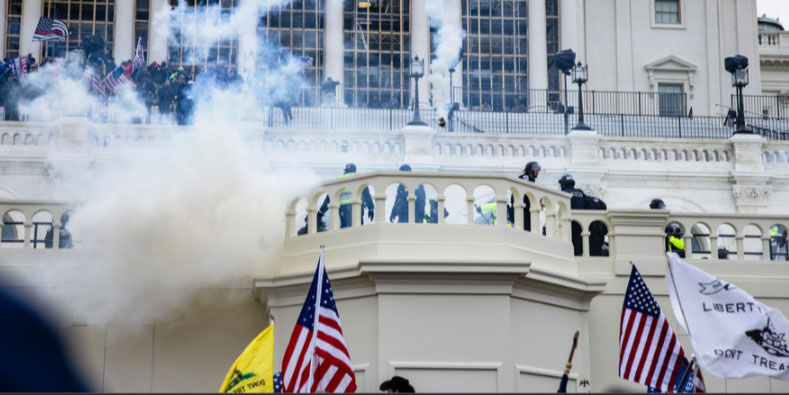 The media has a death grip on its January 6 narrative.

Was Sicknick injured?  I can’t remember seeing any reports to that effect, although it’s possible a minor injury didn’t get much media attention but gives space for the narrative.  Of course, this is an AP story, so it’s pretty much all that comes up with a search for “Sicknick injured.”  Reading the article itself, by  Michael Balsamo and Colleen Long, offers only this beguiling paragraph:

Investigators initially believed the officer was hit in the head with a fire extinguisher, based on statements collected early in the investigation, according to two people familiar with the case. And they later thought the 42-year-old Sicknick may have ingested a chemical substance — possibly bear spray — that may have contributed to his death.

If this is the evidence, shouldn’t the lede be something more like: “who was falsely believed to have been injured”?  Ah… naïve question.

The article is a study in maintaining a politically preferred narrative at all costs.  From the continued use of the word “insurrection” to the hop-skip-jump misdirection that strives to continue the spin of President Trump’s incitement thereof.  Consider this gem of an instance of the news media’s elevation of political narrative above truth:

But the determination of a natural cause of death means the medical examiner found that a medical condition alone caused his death — it was not brought on by an injury. The determination is likely to significantly inhibit the ability of federal prosecutors to bring homicide charges in Sicknick’s death.

Natural causes means there was no homicide.  If federal prosecutors are still looking to bring such charges, it sure does have the stench of political abuse of the law.

Not that such a thing will surprise anybody.  The rule of law and principles of fairness have the air of myths we hear from our elders now that progressives are resurgent.  Given other stories in the news, it’s not difficult at all to imagine media justification of riots in response to a political prosecution like that or AP stories that take the side of people using bear spray on police after ingesting chemicals the police used on them.