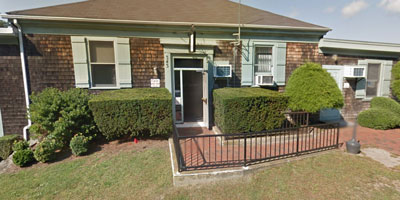 As the COVID-19 pandemic ebbs, state government has been slow to give up its enhanced powers (and may never give up their easy access to them, now that they’ve got a feel for them).  But COVID-restrictions have come with other benefits for government insiders — most especially the ability to keep the public at arm’s distance.

Thus out here on the East Bay of Rhode Island, local governments aren’t willing to give up the more pleasant work environment that requires the peasants to make appointments to gain access to the building.  Naturally, they present it as a cost-free decision for the public.  On Tiverton Fact Check, I note Tiverton Town Administrator Chris Cotta’s assertion that “we are providing everything people need, but we are just doing by appointment only.”  He goes on to explain that appointments allow government officials to “control where [people] are going or who they are seeing.”

A pesky journalist won’t capture some wandering clerk or surprise a town official and get a comment on some story that might inform the public. Research-prone residents won’t be able to come in and just wander into the town vault to review historical documents. Everything is nice and controlled, just like public-yet-heavily-restricted Town Council meetings.

These are just a few lost benefits of having an open town hall, but there are surely more.  It changes the relationship when government locks the door and people can’t just wander in to the seat of their government.

But if the relationship is changing, it ought to go two ways.  If local governments want to trade their civic role for something more like a pure service provider, then that ought to come with savings to the taxpayer and a change in attitude.  If it’s all about providing services, then the service provider needs to be more available.  That means opening later in the evening and on weekends… maybe even making house calls.

Of course, the problem that arises with organizations that can simply take what they want at the point of a gun is that they want it all.  They want to be the central civic institution, with all the perks of government, while also having the flexibility of private organizations.