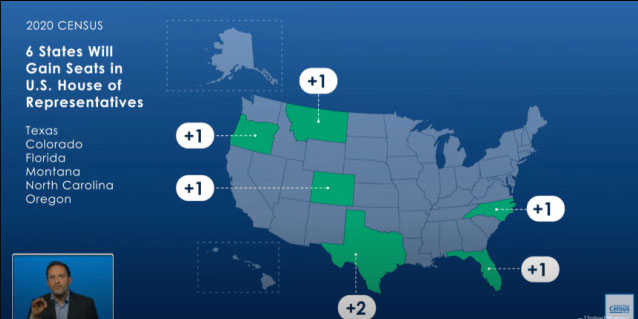 The other part of the pattern of domestic migration within the United States to which I alluded yesterday is shown in the featured image of this post, captured via Mary Chastain on Legal Insurrection.

When debating the relevance of people voting with their feet and moving elsewhere, it is common for Rhode Island progressives and insiders to dismissively insist that people leave because of the weather.  If the fact that people are leaving California isn’t enough to dispel that myth, consider the states that gained population and, therefore, seats in the U.S. Congress.  Two observations:

The first reinforces the rebuke to the people-move-for-weather myth.  The second raises an important question.  Is New England relatively stable, for the region, because it’s so long past its peak, or does it have advantages that other New England states do not have?

A frequent point that people make about Rhode Island probably applies to our sister states, as well.  Look around at the beauty of where we live.  Think about the advantages of location and resources.  It is only because the Ocean State has so much to recommend it that parasites have been able to drag it down so low without facing fatal-t0-them medicine to fix the harm they’re doing.

In other words, an opportunity exists for New England to break free of its shackles and become truly a city on the hill for the world.  It’s a shame we let powerful insiders continue to bleed us into pallid lethargy.