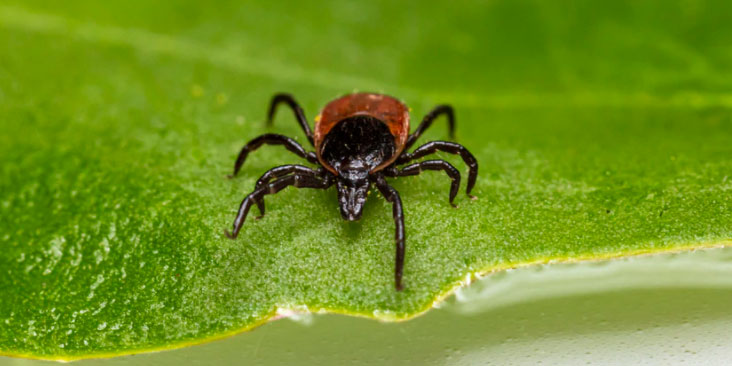 Another vaccine that could expand our freedom is for Lyme disease.

Growing up in suburban New Jersey, we didn’t have a whole lot of forest in our town.  There was a strip of somewhat forested land along the Hackensack River and another cluster between the houses and the stores along Route 4.  Even so, my friends and I spent hours and hours adventuring in those limited spaces.

Between then and now, Lyme disease and the ensuing fear of ticks has spread across the Northeast to the point that forested areas can have an aura of dread.  Rather than being places where children can escape into their imaginations and be free, they can feel like dangerous landscapes that require special precautions.  In that respect, Lyme disease is like a lower-urgency, but longer-standing, variation on the coronavirus theme.

It looks, however, as if there may be a similar way out, as Sarah Doiron reports for WPRI:

The new vaccine targets Lyme Disease, and Dr. Timothy Flanigan hopes that dozens of Rhode Islanders will take part in the trial.

“The burden of Lyme and other tick borne diseases is very substantial, and our patients suffer very considerably, not only with acute illness but also with the long-term [after effects],” Flanigan said.

Flanigan is the co-director of the Lyme Disease Center at The Miriam. He said the hospital is now conducting a Phase 2 clinical trial of the vaccine and is requesting teenagers take part.

“They’ve already enrolled the adults and [the results] show that it’s well tolerated,” Flanigan said. “Now they’re enrolling teenagers and kids over the age of five. That’s, I think, very exciting because Lyme really effects kids but also often the research in children is left far behind.”

As an adult, I’ve known people who’ve grappled with long-term effects from Lyme disease, in some cases having lain dormant for years and surging to become debilitating.

Also relevant to the COVID discussion, Dr. Flanigan mentions that the latest vaccine was preceded two decades ago by one that was abandoned because of its side effects.  The newer version targets a different protein in the virus and “is more refined.”  As medical technology improves, allowing pharmaceutical researchers to better identify and reach the unique qualities of different pathogens, our treatments and vaccines will become not only farther reaching, but also safer.