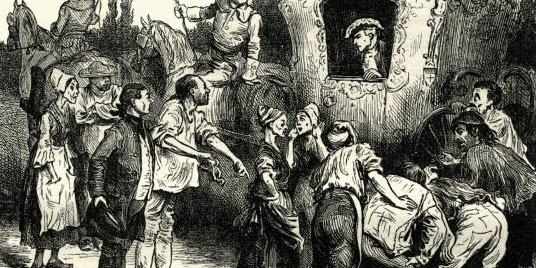 Monthly payments are not a “tax cut”; they’re dependency-driving welfare.

Here’s what Joe Biden said of a so-called “expanded Child Tax Credit” that will take the form of monthly payments from the federal government starting in July: “This tax cut sends a clear and powerful message to American workers, working families with children: Help is here.”

That’s not the “clear message” I hear.  Actually, the clear message is:  “You belong to us.”  Parents will no longer supporting their families, fully, and this will be yet another way in which the government creates a special interest who’ll advocate for massive budgets for the sake of its crumbs:

The payments will stop at the end of the year unless Congress re-authorizes them. President Biden’s $1.8 trillion American Families plan would extend it through 2025. Republicans have panned the proposal as too expensive, and it faces stiff odds in the 50-50 Senate.

Congress’ Joint Committee on Taxation estimated that the one-year expansion of the credit will cost $110 billion.

The message from Democrats is that they’ll give you cash.  It’s a bribe, pure and simple, and given exploding debt, it’s a bribe for which the children it’s supposedly “lifting out of poverty” will have to pay with interest down the road.