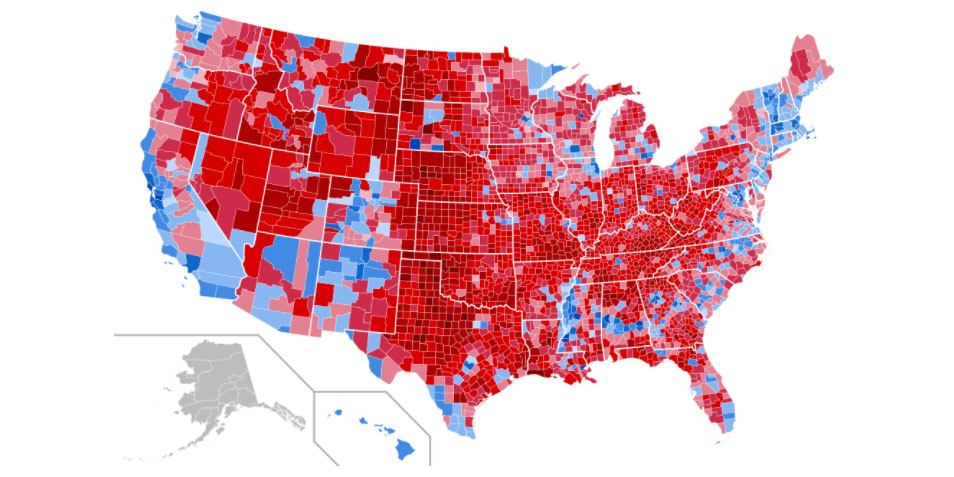 States can become dependent on a higher-up government, too.

An interesting juxtaposition jumped off the list of articles I keep from which to draw posts.  Here’s Brad Polumbo of the Foundation for Economic Education explaining how, contrary to the even-handed stimulus under his predecessor, Joe Biden’s administration’s stimulus strongly favors blue (i.e., Democrat-run) states:

“Alignment with the Democratic party predicts increases in states’ allocations through legislation designed after the January 2021 political transition,” the study concludes. “This benefit of partisan alignment operates through the American Rescue Plan Act’s sheer size, as well as the formulas through which it distributed transportation and general relief funds.” …

Now, this wasn’t necessarily an overt or conscious act of partisan corruption. The discrepancy comes because policymakers changed the funding formula, switching from the population-based allocation used in earlier legislation to allocation based on state-level unemployment rates.

As Polumbo argues, that’s not an indefensible approach, by any means, but it does mean that the federal government is subsidizing the policy decisions that lead to low unemployment.

The second item is coincidentally also by Brad Polumbo, this time in the Washington Examiner.  In this one, he notes (in the words of his essay’s headline) that “Latest economic data show red states crushing blue states”:

Economist Dan Mitchell looked at these figures and concluded that there’s “a clear relationship between joblessness and the degree to which states pursue big-government policies.”

In particular, the unemployment rates different states are experiencing are strongly correlated with the harshness and length of the pandemic lockdowns their state governments imposed. With a few exceptions, Republican governors rolled back restrictions on the economy much faster than their Democratic counterparts.

Of course, these days, this is all in the context of COVID and the related lockdown policies, but the lessons apply to the status quo ante, as well.  Big government policies generate joblessness.  Arguably, it is what they are designed to do, by increasing the role of government, which politicians can sell to voters as a substitute (at least partially) for having to work, which most people don’t really want to do.

Thus we see the “company state” phenomenon, a variation of which can be termed “weaponized government failure.”  The state government turns its residents into a product to be harvested for government services, with the bill sent to statewide taxpayers and/or the federal government.

Statewide policy encourages the population to become dependent on government, and the local economy follows suit.  Meanwhile, the statewide government becomes dependent on the federal government and therefore must implement the policies that it wants to subsidize.

At the end of this road are three possibilities, none good for Rhode Island (although the desirability of each to actual Rhode Islanders differs):

Featured image of 2020 Presidential votes by county from Wikimedia Commons.