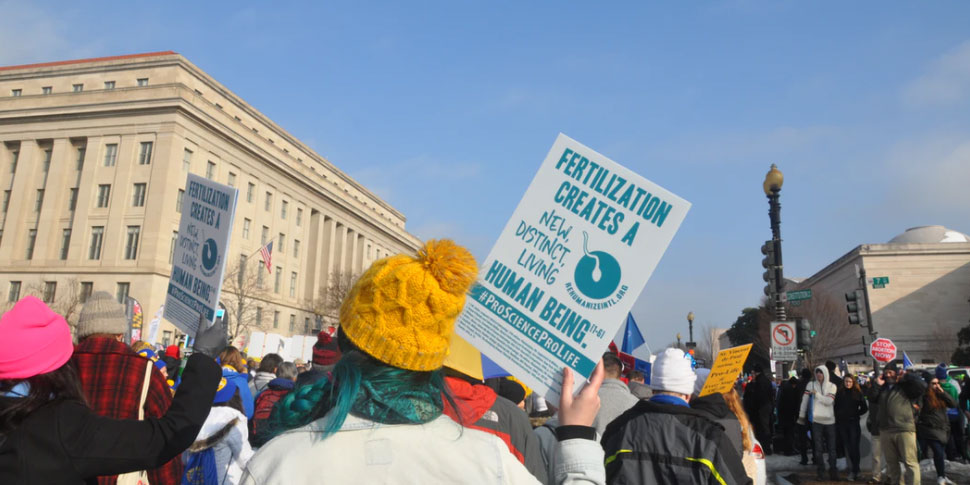 Among the most fascinating (if disturbing) aspects of the abortion is that the position typically taken by the materialists implicitly rely on a mystical distinction.

Most don’t want to acknowledge that their view is that it is permissible to kill some innocent human beings.  Humanity has long known that the individual human life begins at conception, so the abortion supporter must imagine some step at which that human life counts.  Because there is no marker of physical development that they’ll accept (heartbeat, ability to feel pain, etc.), that step can only be understood to be the acquisition of a valuable soul, even if one denies a spiritual dimension.

Well, what is the material marker of soul except the individual will — the drive for an organism to develop and advance as itself?  A new study described on LifeNews seems like a good candidate to determine when that happens:

As a result of fertilization, a unique genome forms from chromosomes contributed by the egg from the mother and sperm from the father. However, this new genome is initially inactive and must be “awakened” to begin the transcription of its DNA and start embryonic development.

A research team including Antonio Giraldez, from the Department of Genetics at Yale University, has been working on discovering how this first step in human life happens.

“What hasn’t been clear is how and what kick-starts the transcriptional activity of the embryonic genome, so that the embryo starts taking control of its own development with its own genetic blueprint,” he said. …

They discovered that two proteins are needed in order to activate the genome: P300 and Brd4, which are both produced by the mother. If either or both of these proteins are blocked, or their activity is disrupted, the development of the embryo is in turn blocked.

“These molecular factors act as a sort of molecular timer, which sets the timing of genome’s awakening,” Dr Giraldez said.

Dyed-in-the-wool materialists can see this as the spark that starts the machine, if they want, but this appears to be when the machine starts.  If that isn’t the moment at which the organism (a human being) acquires the most fundamental of rights, why not?

I’m certainly not one to insist that the members of a representative democracy have to put aside their religious views when determining what sort of country they want to inhabit, but we should be honest about it.  If our laws are going to follow the science, then they have to follow the science.