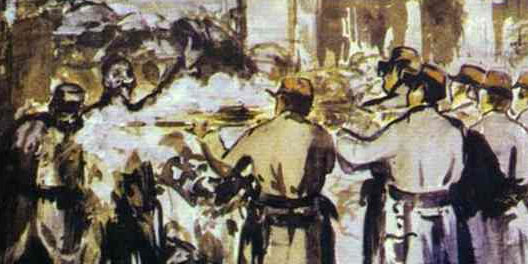 A gun confiscation policy will never, ever work in the United States (and is the wrong approach, anyway).

In a long (language-warninged) post from November 2018, Larry Correia ran through the mental exercise of imagining what would happen upon federal implementation of a gun confiscation program would look like.  He wrote in the context of comments that gun owners couldn’t possibly take on the U.S. military, which Joe Biden has recently echoed, as Ed Driscoll notes on Instapundit.  Correia:

This is a deeply ironic argument to make, considering that the most technologically advanced military coalition in history has spent the better part of the last two decades fighting goat herders with AKs in Afghanistan and Iraq. Seriously, it’s like you guys only pay attention to American casualties when there’s a republican in office and an election coming up. …

In something that I find profoundly troubling, when I’ve had this discussion before, I’ve had a Caring Liberal tell me that the example of Iraq doesn’t apply, because “we kept the gloves on”, whereas fighting America’s gun nuts would be a righteous total war with nothing held back… Holy s**t, I’ve got to wonder about the mentality of people who demand rigorous ROEs to prevent civilian casualties in a foreign country, are blood thirsty enough to carpet bomb Texas.

Correia runs through everything from the number of gun owners who would likely fight back to the probability that the resistance wouldn’t just be with guns, but with guerrilla economic warfare, to the number of people within the military and its supporting industries who would explicitly or furtively support the insurgents.  He pulled up short, though, because it’s a near certainty that entire states would support the resistance as a matter of policy, and they’ve got some pretty good firepower, too, and could make it very difficult for the federal government to operate within their borders.

But I prefer to start more moderately.

The reason the right to bear arms protects us from tyranny isn’t that we can conduct war against our government, but that tyranny doesn’t go from functioning democracy to a declaration of war against a segment of the American population (although progressives, including the guy in the White House, are making those sorts of noises).  The start of tyranny comes when tyrannical policies make their way through the pipeline and the task lands on a local official’s desk to go force something on somebody in his or her own town.

That task request looks very different to a bureaucrat in a world in which the resident might be armed, even if no guns are ever shown or consciously considered.  Sadism and power trips aside, the incentive of the official is to press with the minimum amount of force required to achieve the desired outcome with the least amount of effort and risk.  Among an armed population, that can be a prolonged exercise of due process such that the weight of government produces voluntary compliance.  Among an unarmed population, showing up with somebody authorized to use a gun is a lot easier.