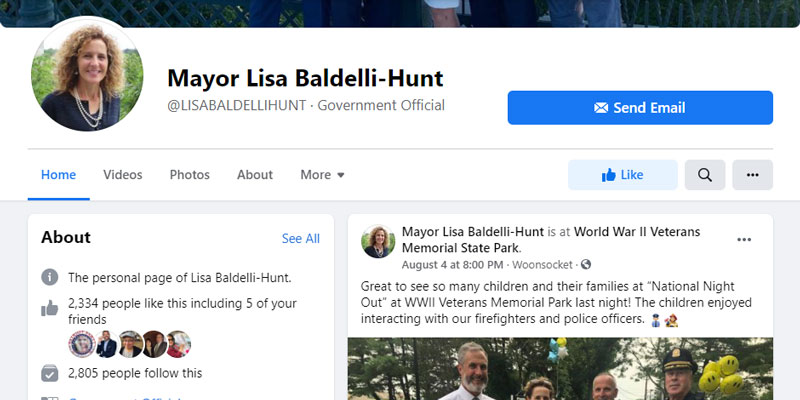 Wait… the people of Woonsocket are paying for Baldelli-Hunt’s First Amendment transgression?

The Valley Breeze reports the conclusion of a controversy in Woonsocket mentioned in this space a month ago.

Democrat Mayor Lisa Baldelli-Hunt has settled a lawsuit that the ACLU of Rhode Island brought against her for blocking people on a Facebook page that she was clearly using for official (which is to say, public) purposes.  There is a bothersome wrinkle to the story, though:

Under the joint stipulation dismissing the lawsuit, the city acknowledges that all accounts previously banned have been unblocked, agrees that no one else will be blocked, and agrees to pay $7,000 in attorney fees and court costs.

It doesn’t seem like a very stiff penalty for government officials who violate citizens’ rights that taxpayers have to fork over money to an ACLU attorney.  Those officials ought to feel at least some pinch.

They should be held personally liable, at least partially — even if we allow them to pay the money out of their campaign accounts.  Having cost the town $7,000 in unnecessary legal fees will simply come out in the wash of an election, given how many issues your vote must consider.

As a halfway measure, we can only hope the political environment in Woonsocket is healthy enough to produce opposition that can make some hay of this outrage.