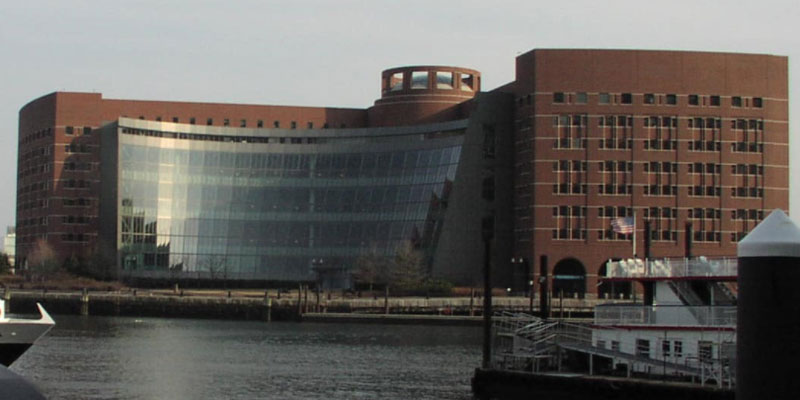 In Gaspee Project et al. v. the Rhode Island Board of Elections et al., the United States Court of Appeals for the First Circuit has found that Rhode Island’s requirement for issue advocates to disclose donors over $1,000  is sufficiently narrow and that the goal of an “informed electorate” is sufficiently important to allow an infringement on privacy, associational, and speech rights.  That’s not quite how the court and the law’s defenders would put it, but it’s accurate.

The moment the court rejected the notion that campaigning for a candidate is fundamentally different from campaigning for a ballot question, the game was over.  When it declared that concerns about the targeting of donors must be concrete and proven, it ignored the huge silencing effect that every example elsewhere in the country can have.  Both of those are intellectual and moral travesties.

The “informed electorate” argument related to candidates is defensible because a candidate is a person, and that person may feel obligated to return favors.  Thus, disclosing who is paying to elect somebody gives voters a sense of to whom that person might owe a favor.  “Issues” don’t return favors.  Voters might find it interesting to know who else supports a cause, but the advocacy is entirely about persuasion.  Whether the argument for or against a ballot question is sound does not depend on the identity of the people funding advocacy.

Nonetheless, there are two hard lessons for people who begin to engage in the civic legal battle.  The first is that legal precedent is so dense and complex that multiple tracks exist from which a judge can choose.  If he or she wants to find a reason to rule in one way or another, legal precedent can be found.

The second hard lesson is that judges, smarter-than-average though they may be, often miss points, whether obvious or subtle.  I’ve watched them read obviously false statements into the record as part of their rulings, and the only way to correct the record would be a higher appeal.  The charitable conclusion is that (surprise) they’re human, and our system asks them to absorb the facts of a relentlessly rolling series of highly divergent cases.

The Gaspee Project tells Anchor Rising that it believes “the United States Constitution provides more safeguards against state intrusion than currently recognized” and looks “forward to a review by the US Supreme Court.”  This is good news, because the principle at risk is important, and a Supreme Court ruling makes one of the multiple tracks of precedent the dominant one.

Reading the text of the First Circuit ruling, however, an additional point leaps off the page:  the contempt judges David Barron, Bruce Selya, and Pedro Alberto Delgado-Hernandez display toward the plaintiffs.  Whatever one’s conclusion about how to balance competing interests, many of us (non-rich, well-meaning Americans) believe that the real purpose and function of disclosure laws is to expose people who support a cause to harassment and cancelling, thus creating disincentive to participate in our system of government when not aligned with the progressive mob.

That is a sincere concern, and yet the court’s language is that of cutesy mockery.  Two examples:

In a Rumpelstiltskin-like effort to turn dross into gold, the appellants beseech us to consider the potential effects that the Act — and particularly, its disclaimer requirement — will have on their own organizations and memberships. …

Equating the production order invalidated in NAACP with the disclosure requirements of the Act is like equating aardvarks with alligators.

Notably, this language appears precisely at a pivotal moment, illustrating which track of precedent this court has chosen.   The judges insist that the threat to donors must be decisively proven, yet the value to the public of knowing their names is simply assumed.  Thus, the mockery reveals the judges’ narratives.  On one side are the supposed rich who should man-up and put their names where their money is, while on the other are the innocent, childlike members of the public who will simply take the names of donors under advisement.

This narrative is foolish and flawed.  One billionaire who is willing to put his name on a fashionable left-wing cause can fully fund an advocacy organization, but middle-class supporters of a group formed to defend the traditional position would be forced to accept the same degree of scrutiny, or else the organization would have to spend resources collecting many more smaller donations.  Thus, the Marxist framing once again benefits the most elite.

The dripping contempt of this ruling is entirely in keeping with that dividing line.  A progressive elite considers others’ concerns about their loss of rights to be comeuppance, as something they deserve for being so retrograde.

In this, the judges are contributing to a very dangerous situation.  We are not represented.  When we manage to elect representatives who share our values, they are coopted and thwarted by the bureaucracy.  When we find more-stalwart allies who’ll stand up for our values, the elite treat them as invalid and attack them relentlessly.  When we go to court, our concerns are dismissed with contempt.

What’s the next step when this proves to be the case?  Certainly not submission of our values… not for long, anyway.

Featured image of the First Circuit building on courtrecordsfinder.